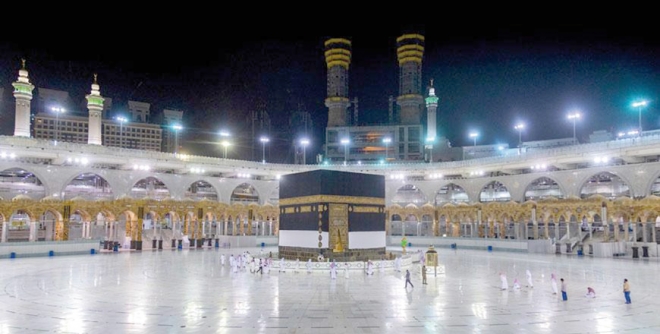 The Hajj and umrah agencies, in a statement issued on Friday, said that the new conditions issued by the Saudi health ministry also dictate that a traveller must present a negative PCR test from an acknowledged lab in Jordan.

The pilgrim must be tested in Saudi Arabia both on arrival and upon departure, and tested again in Jordan upon arrival, accumulating to overalls of four tests within the 10-day travel period on the expense of the traveller.

The conditions also entail having Saudi authorities quarantine pilgrims in a designated hotel for three days upon arrival before they can start their trip, effectively taking three days out of the pilgrim’s 10-day trip.

Buses maximum capacity will be capped at 24 passengers instead of the normal 45, increasing the cost for passengers to make up for the reduced numbers on board. Room capacity also will be limited to a maximum of two instead of four, and passengers ought to pay full price to compensate for the two free beds.

Other restrictions include limiting the pilgrim to perform a single round of umrah, unlike the situation it used to be before.

Moreover, pilgrims will have to pre-book the time on which they will carry prayers and umrah rituals, in accordance with the capacities of the Great Mosque and the Prophet’s Mosque, according to the statement.

A health leader and managerial consultant from the Saudi company will accompany pilgrim groups in their trips to mosques.

Strict measures will be enforced in the event that an individual is found to be COVID positive. All passengers in the group will be quarantined for 14 days and they will have to bear increased expenses in terms of meals, medicines, housing, in addition to the price of a new ticket as the time of departure would be amended.

The statement said that no news has been shared regarding flights as airlines have not officially opened direct flights to Saudi Arabia, while the prices for the aforementioned costs have not been divulged yet due to the “confusion” arising from the new rules, but the cost is expected, nonetheless, to increase more than threefold from the usual, with expectations that many will not book any trips.

The new rules have drawn mixed reactions from the public.

“Facilitation is crucial in religion, so performing umrah can be postponed until the pandemic ends and things become easier,” Ahmad Al Soub, a social media user, wrote on Facebook.

“They have to do all this, it does seem like the conditions are impossible and even illogical, but sustaining only a little is better than asking for more than they can handle, which would increase the number of infections and bring back closures,” Aya Smadi commented.

Many users have written that it would be better to spend the money on feeding the underprivileged in light of the current difficult conditions everyone is facing, and travel when the restrictions and conditions is easier and not as costly.

“Umrah is not an obligatory ritual in Islam, and so in these conditions, it would be better to donate what it would cost to an underprivileged family,” Salma Omar wrote.