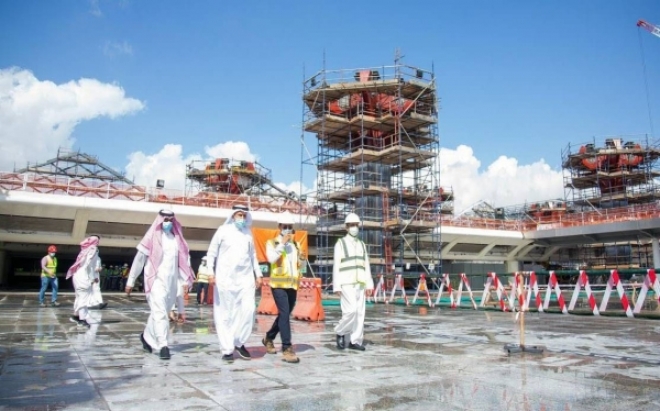 JEDDAH — Minister of Transport Eng. Saleh Al-Jasser, announced on Saturday that the contractor will bear the costs of repairing Haramain High-Speed Railway station in Jeddah, after a fire broke out in the station in October 2019.

The Minister said during a visit to the station in Jeddah that the contractor would complete the repairs before the next Haj season. "The repair process at Jeddah train station is proceeding at an accelerated pace."

On his official twitter account, the minister said, "I am pleased to see work in progress, and we will continue to follow up the project to ensure its completion at the highest safety standards."

The countdown has begun for the resumption of service of Haramain High-Speed Train between Makkah and Madinah via Jeddah Airport station and the King Abdullah Economic City of Rabigh.

Al-Jasser noted that resumption of trips would be before next Ramadan. — SG


⇐ Previous:
Saudi Arabia hosts 100,000 foreign pilgrims after resumption of Umrah service
Next: ⇒
A new museum dedicated to the life of the Prophet