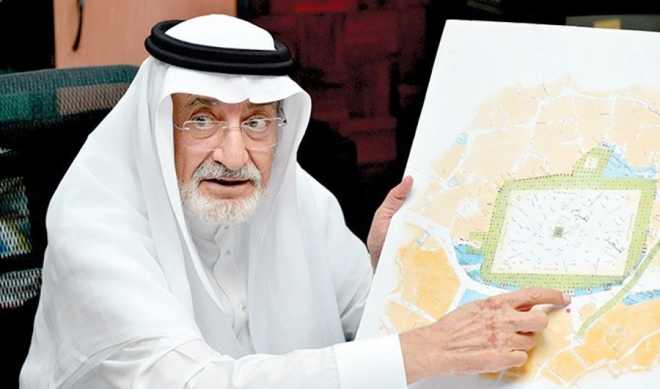 JEDDAH: Saudis on Tuesday were mourning the loss of Yahya Hamza Koshak following his death at the age of 80. An engineer by profession, he became famous for his services to the Zamzam well.

Koshak, also known as the “father of engineers,” was a former director general of the National Water Company and member of the Okaz Organization for Press and Publication.

He was born in Makkah, where his father, a merchant, worked during the Umrah season, serving as chairman of the Establishment of Motawifs of Pilgrims of Turkish Muslims of Europe America and Australia.

His mother was a close friend of the wife of the late King Faisal, Princess Effat, whom she met at the Makkah’s Grand Mosque.

Koshak studied in one of Taif city’s first schools after it was founded by King Faisal and Princess Effat.

He studied engineering at Ain Shams University in Cairo, but completed his degree in Riyadh. He later continued his education in the US, where he obtained a Ph. D. in engineering sciences.

His nephew Nabeel Koshak told Arab News that the late engineer was dear to those who worked with him.

“He was very social, close to people, and always kind and did not like to hurt anyone. He was light hearted — these were the characteristics that distinguished his personality.”

Koshak “was like a father to me,” and the family remained proud that he earned the trust of the Kingdom’s leadership, his nephew said.

“He greeted and received the king every year during the last 10 days of Ramadan.”

Koshak held a number of government positions in Makkah over a long career, including undersecretary for technical affairs at the Makkah Municipality.

He led the cleaning team of the Zamzam well four decades ago and wrote a book, “Zamzam: The Holy Water,” in which he recorded his observations inside the well.

“Cleaning the Zamzam well was one of his most important projects, a huge task under the direction of the late King Khalid,” his nephew said.

In his book, Koshak outlined the history of the well and its water sources, and also documented the archaeological objects found during the cleaning project.

The late engineer said: “By observation, it became clear that there are only two main sources of water, one toward the Kaaba, and the other toward Ajyad. As for the third source, which historical narratives said is on the side of Jabal Abu Qubays and Al-Safa, I found instead 12 small holes between building stones.”

Koshak’s interests included alternative medicine, which led to him establishing a specialist center in Jeddah.