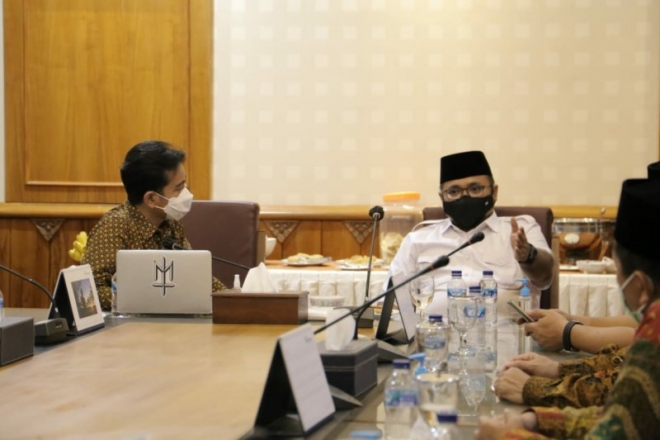 Minister of Religion Yaqut Cholil Qoumas stated that a decision was still awaited from the Saudi Arabian government over the Hajj pilgrimage in 2021.

"The Saudi government has yet to decide whether this year's hajj will be held," the minister remarked here on Friday.

Qoumas noted that if the Saudi Arabian government were to take a decision, then the Indonesian government would immediately start working on the technical preparations. He affirmed that the government had currently prepared several scenarios.

"However, of course, this scenario can only work if the Saudi Arabian government takes a decision over starting the Hajj pilgrimage. One of the scenarios is about limiting the number of pilgrims," he remarked.

Qoumas has forecast that in the midst of the COVID-19 pandemic, the pilgrimage would not be conducted normally, including the trip to Saudi Arabia.

"For instance, physical distancing on the plane and the bedroom, earlier for eight people, now is allowed for only four people. Hence, I think there would be restrictions unlike normal times," he affirmed.

Meanwhile, in connection with the elderly congregation, the ministry had yet to confirm whether they can partake in the pilgrimage.

"We do not know for sure. Hopefully, we would be able to do it. However, we do not know. That is the Saudi Arabian government's policy. We only follow the government's rules on Hajj," he stated.