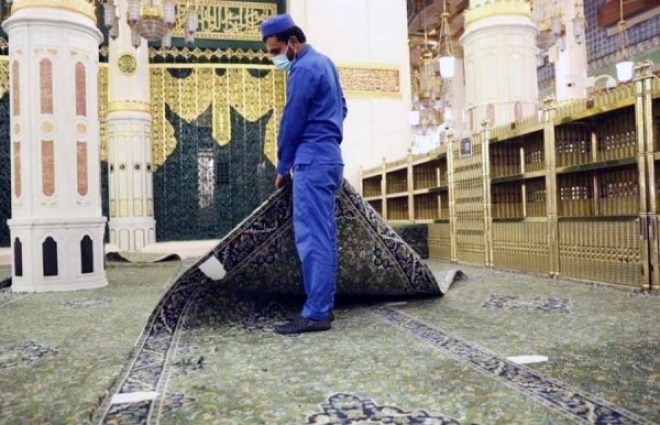 MADINAH — The General Presidency of the Two Holy Mosques Affairs has used 23,383 liters of environmentally friendly detergents to sterilize the carpets of Al-Rawdah Al-Sharifah and Bab Al-Salam (Al-Salam Gate) corridor in Prophet's Holy Mosque in Madinah during the past three months.

These measures come as a part of ongoing efforts to sterilize and disinfect the Prophet’s Holy Mosque and its courtyards in order to enhance precautionary measures and services being provided for visitors of the Mosque.


⇐ Previous:
Ticket booking for Haramain Train from tomorrow as service set to begin on March 31
Next: ⇒
Ramadan Umrah hopes end as Saudis extend flight ban till May 2021