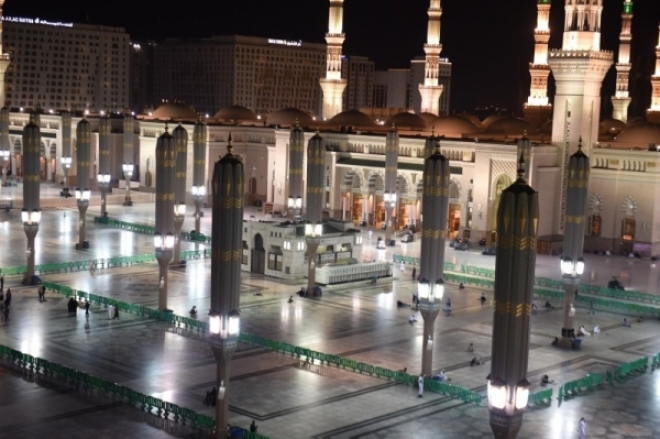 MADINAH — Worshipers can offer Taraweeh prayers (special night prayers) during the holy month of Ramadan amid preventive and precautionary measures, the Presidency for the Affairs of the Two Holy Mosques announced on Thursday.

“Taraweeh prayer will be performed in the Prophet’s Mosque during the holy month of Ramadan along with the obligatory prayers,” Sheikh Dr. Abdulrahman Al-Sudais,” president of the Presidency for the Affairs of the Two Holy Mosques, pointed out while announcing the presidency’s plans for the holy month.

He further said that the plans include programs, targets, alternatives, emergencies, and crisis management for the months of Shaaban and Ramadan as well as for Eid Al-Fitr holidays.

He added that the plans were meticulously drawn up while taking into account the impact of the latest directives on the programs and targets and the intensity of the movement of visitors and worshipers in the Prophet’s Mosque.

“The season this year is exceptional amid the COVID-19 pandemic, characterized by the presence of worshipers in the Prophet’s Mosque in certain numbers, in line with the precautionary measures,” Al-Sudais stressed.

As part of the plans, the Prophet’s Mosque will close for half an hour after the Taraweeh prayer and will reopen two hours before the Fajr prayers except for the last ten days of Ramadan when it will be open 24/7.

Worshipers are allowed to pray in the “Hassawaat Area”, expansions, roofs, and piazzas, according to a grouping plan based on densities and implementation of the precautionary measures.

Performing prayers inside the Old Haram and the Rawdah area will continue to be restricted to the workers and staff of the Prophet’s Mosque, and relatives of the deceased, and those joining funeral processions, in case of funeral prayer.

Last Ramadan, authorities had suspended the holding of Taraweeh prayers at the Two Holy Mosques in a bid to curb the spread of the COVID-19 in the Kingdom.