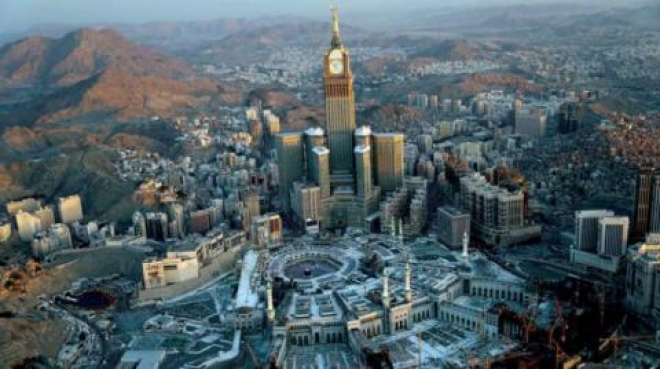 A little over a year after the coronavirus pandemic having hit markets around the world, signs of recovery are on the horizon for pilgrimage-centered economies in the Saudi cities of Makkah and Medina.

Experts are predicting a 40% recovery for Hajj and Umrah businesses during this year’s Ramadan season, which will last from mid-April to mid-May.

The number of foreign pilgrims expected to arrive in the Kingdom, which is home to Islam’s holiest sites, has increased substantially in 2021, compared to 2020.

Umrah is an Islamic pilgrimage to Makkah and Medina undertaken any time of the year. The rite attracted 19 million people in 2019.

Saudi Arabia halted the pilgrimage at the start of the pandemic in March 2020 but restarted it in limited numbers later in October.

“Although there are many precautionary measures that will limit the number of pilgrims gathering at holy sites, this Ramadan represents a vital transitional stage and tests how relevant sectors can gradually, but safely, return to working in full capacity,” said Muhammad Burhan, an active council member at the Mecca Chamber of Commerce & Industry (MCCI).

Burhan also noted that recovery in Hajj and Umrah markets is directly proportional to the rate of vaccinations introduced to potential pilgrims worldwide.

While Ramadan will slowly restore market activity in Makkah and Medina to its pre-pandemic rates, Burhan noted that the road towards full recovery will be revealed during the 2021 Hajj season, which starts in July.

Burhan also revealed that placing the pandemic under control and countries vaccinating their citizens will lead to a breakthrough that will inspire Muslims worldwide to make pilgrimage to holy sites in Saudi Arabia.

It is worth noting that the Kingdom launched its vaccine campaign in December and has administered more than four million doses so far.

More than 400 vaccination centers have opened since the nationwide campaign began with citizens and residents able to register for inoculations through the ministry’s Sehhaty app.