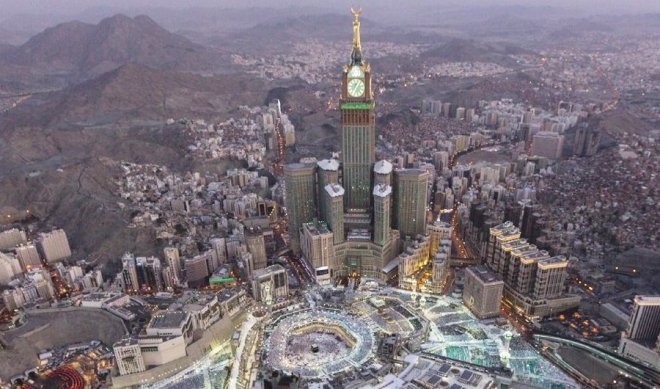 Reconstruction and renovation projects are underway in six Islamic historical sites and museums in Makkah.

The Royal Commission for Makkah City and Holy Sites hosted a field visit from the Executive Committee for the Path of the Islamic Historical Sites and Museums.

The sites included the Hudaybiyyah region where the Radwan Pledge took place in the sixth Hijri year, when Prophet Muhammad brokered a peace treaty between him and his followers and the Quraysh clan.

They also visited Bir Tuwa (the Well of Tuwa), Jabal Thawr, the 1,200-year-old water well and canal Ayn Zubaydah, the Mina site where the Al-Aqaba Pledge took place and Jabal Al-Nour, the Cave of Hira.

One of the most important projects is the Jabal Al-Nour Cultural Center.

The mountain houses the Cave of Hira, which has tremendous significance for Muslims because it is where the prophet is said to have had his first revelation and received the first verses of the Holy Qur’an.


⇐ Previous:
More than 7 million visitors to Maqra' Al-Haramayn
Next: ⇒
SR10,000 fine for bid to perform Umrah without permit