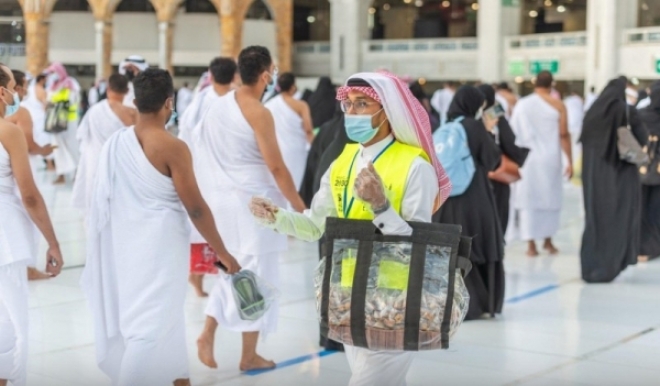 RIYADH — The Ministry of Hajj and Umrah on Thursday announced mechanisms and regulations for pilgrims coming from outside the Kingdom to perform Umrah.

In a statement on its Twitter account, the ministry said that there are five steps that need to be followed by foreign Umrah pilgrims before performing their rituals.

All foreign pilgrims must move to the Inaya (care) Center in Makkah six hours before performing Umrah, verify the status of their vaccination, wear digital wristbands, present their bracelets upon arrival at the to verify the data and permits and abide by the date and time assigned to them to perform Umrah.

Foreign pilgrims are required to spend three days in quarantine in their respective hotels in Makkah after their arrival in the Kingdom.

During Ramadan, the number of permits for Umrah pilgrimage has been raised to 50,000 pilgrims on a daily basis. More than 10 million domestic and foreign pilgrims performed Umrah before Ramadan using Eatmarna application following the gradual resumption of Umrah service on Oct. 4, 2020.