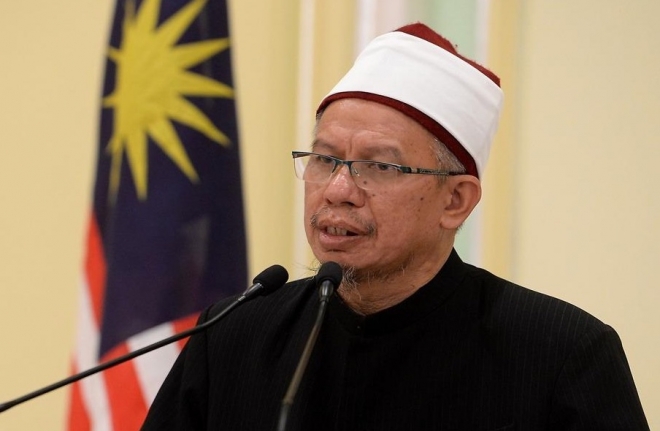 THE Saudi Arabian government has made no official announcement on the conduct of the 1442H/2021M haj season thus far amid reports saying Riyadh might be considering barring international pilgrims.

Minister in the Prime Minister’s Department (Religious Affairs) Datuk Dr Zulkifli Mohamad Al-Bakri (picture) recently said all parties are advised to wait for the official statement from the Saudi government.

Regardless, Saudi’s Haj and Umrah Ministry spokesman Hesham Abdulmonem Saeed told Al-Arabiya.net that the kingdom is keen on enabling all Muslims around the world to perform haj.

“However, the ministry is putting the safety of the pilgrims first,” he said.

Only a limited number of domestic pilgrims were allowed to perform haj last year due to the Covid-19 outbreak.

Lembaga Tabung Haji (TH) has advised prospective Malaysian pilgrims to be prepared as the Saudi government may allow foreign pilgrims to perform the haj this year.

“TH will inform of the latest developments as soon as it receives the official announcement regarding the haj quota, criteria and the main conditions that must be complied with by all pilgrims who will be making this spiritual journey,” TH ED Datuk Seri Syed Saleh Syed Abdul Rahman said.

The pilgrims should also be prepared to take the mandatory meningococcal injection and Covid-19 vaccine when called by the Health Ministry (MoH) so that the vaccination process meets the stipulated timeframe.

The procedures for performing umrah can be completed through the Eatmarna and Tawakkalna apps.

The application of precautionary measures will be the top priority while allowing domestic and foreign pilgrims to perform umrah.

Previously, the Saudi government made it mandatory for all foreign pilgrims to be vaccinated before arrival.

Meanwhile, the Tourism, Arts and Culture Ministry is refining the standard operating procedures regarding the pilgrimage activities in Makkah and Madinah, particularly on the role of companies that manage the haj and umrah pilgrims’ affairs.

The Malaysian Reserve (TMR) previously reported that a special vaccination programme should be designed for prospective haj this year, given its wide demography.

Syed Saleh had told TMR that TH would continue to work with the MoH in ensuring the prospective pilgrims comply with the vaccination programme as required by the health authorities.

However, last week, the Saudi government was reported to be considering the restriction of overseas pilgrims due to the global rise in Covid-19 cases and concerns about the emergence of new variants.

Saudi Arabia has approximately vaccinated over seven million of its citizens to date.

In February, the government suspended entry to the kingdom from 20 countries, including the United Arab Emirates, the US, South Africa, India and Egypt, except for diplomats, Saudi citizens, medical practitioners and families.

Saudi Arabia was reported to be lifting its suspension on citizens travelling abroad and opening its land, sea and air borders starting May 17.


⇐ Previous:
Madinah airport ready for resumption of international flights
Next: ⇒
Saudi Arabia Gives the Nod for Hajj 1442/2021, But will South Africans be Allowed to Embark on the Journey of a Lifetime?