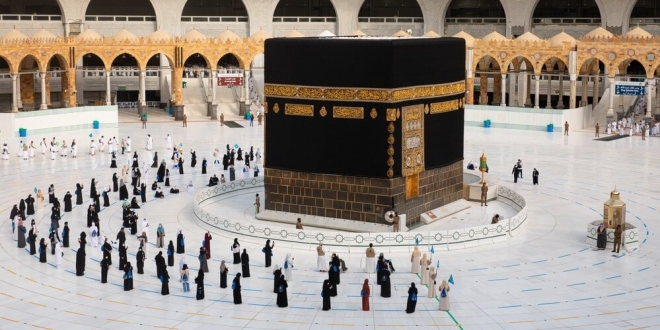 JAKARTA – Indonesia’s minister of religious affairs will consult President Joko Widodo this week to decide if the country will send pilgrims to the haj this year.

Yaqut Cholil Qoumas told Salaam Gateway on Monday (May 31) it is already too late as there are less than 50 days to the start of the haj on Dhul hijjah 8 (around July 18) and there is no official word from Saudi Arabia that will help Indonesia secure all necessary arrangements.

“We are still waiting (official information from Saudi Arabia) in the next couple of days and hopefully we can decide this week,” the minister told Salaam Gateway.

Last year, Saudi authorities only made its decision to bar foreign pilgrims from haj 2020 on June 22.

Minister Yaqut said that none of Indonesia’s haj preparations is fixed, including flight contracts, travel documents, and pilgrims’ payment processes.

All these technical preparations can only start once Indonesia officially receives the quota for pilgrims from the government of Saudi Arabia, said the minister.

Indonesia’s pilgrim quota for last year’s haj, fixed before the pandemic, was 221,000. Haj pilgrim quotas are conservatively fixed at 0.1% of a country’s Muslim population. Indonesia sends the biggest contingent as the nation with the most number of Muslims.

The government used a possible quota of pilgrims from outside Saudi Arabia that was rumoured to be 45,000 but that has not been officially confirmed by the Kingdom.

While the pilgrim quota has not been announced, Saudi authorities have indicated that the haj will go on this year with strict safety measures. The haj security committee held its second meeting on Monday, reported Saudi state news agency SPA.

In 2019, the last year before the onset of the coronavirus pandemic, 2.49 million pilgrims performed the haj, 1.86 million of whom came from outside Saudi Arabia.

Indonesia has so far completed preparations for haj 2021 by publishing a guide for pilgrims that details possible restrictions that affect normal rituals, including not praying at the Hijr Ismail in Masjid al Haram, and safe distancing during prayers at the mosque in Makkah and Masjid Nabawi in Madinah.

Other restrictions are expected for Arafah, Muzdalifah, the symbolic stoning of the devil at the jamarat in Mina, umrah and tawaf ifadah.

The Indonesians are also expecting restrictions on sunnah rituals, including prayers at Masjid Nabawi.

The chairperson of the Association of Umrah and Haj Travel Agents (SAPUHI), Syam Resfiadi, believes haj will be canceled for Indonesia’s pilgrims this year, citing additional costs of around $1,000 to $3,500 per person to accommodate safe distancing on flights and buses.

“It is no longer feasible. Pilgrims won’t pay additional fees of above $1,000 and most of them prefer to cancel to next year,” Syam told Salaam Gateway.

“If there are one or two pilgrims allowed to depart then it can be via a consortium (joint travel agents) to reduce costs but still, it is very cost inefficient,” said Syam who is also owner of Patuna Travel.

“In Patuna, we have talked with airlines and hotel operators and we’re considering to refund pilgrims but they (the companies) are still holding on. I would say it is better for all of us to wait for normal conditions and then we can restart the haj.”