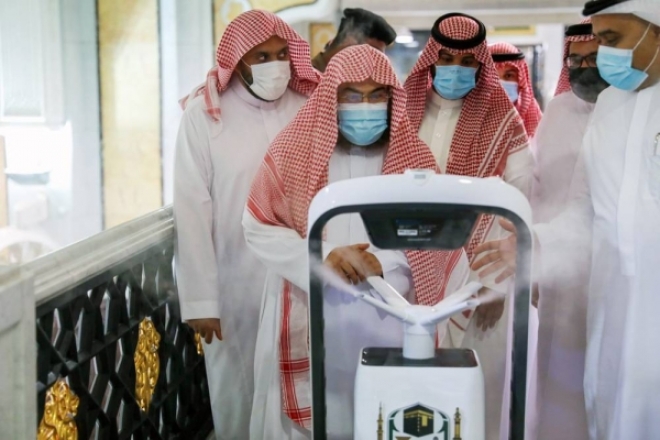 MAKKAH — The General Presidency for the Affairs of the Two Holy Mosques has provided 10 smart robots to join the sterilization operations at the Grand Mosque.

The new devices use a control system that is programmed on a pre-installed map with six levels that contribute to protecting the environment and smart analysis of sterilization requirements according to various usage scenarios and course of sterilization.

The robot can work between five and eight hours without any human intervention and has a capacity of 23.8 liters of sterilizers with a consumption rate of two liters per hour to eliminate bacteria in an area of 600 square meters.