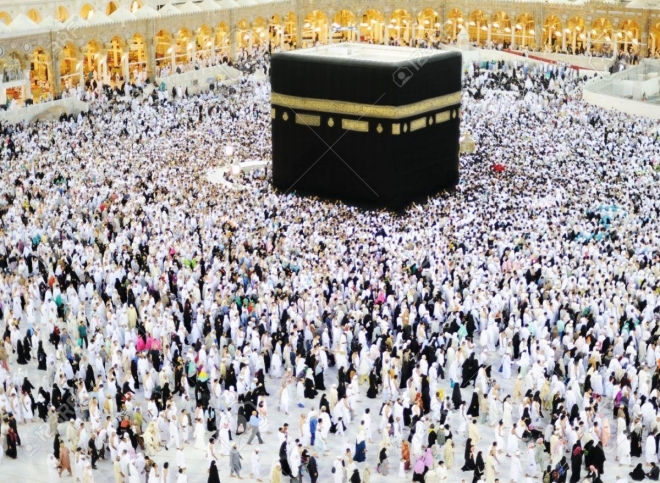 With the downsizing of the number of those to participate in this year’s Hajj to a paltry 60, 000, the National Hajj Commission of Nigeria (NAHCON) is worried that the chances of about 70,000 intending Nigerian pilgrims making the spiritual journey to Saudi Arabia is slim.

The number of those to attend the holy pilgrimage was downscaled following the advice of the Saudi Arabia Ministry of Health on COVID-19 protocols.

Less than 40 days to the Arafat, Hajj managers in Nigeria and all over the world are disturbed that for the second year running they may not be able to transport pilgrims to the Kingdom of Saudi Arabia for the yearly sacrament.

Speaking exclusively with our correspondent, NAHCON’s commissioner for Policy, Personnel Management and Finance (PPMF), Alhaji Nura Hassan Yakasai, said there is no clear information as to whether foreign pilgrims would be allowed to perform this year’s Hajj.

Yakasai said, “The information we have now is not very clear about whether there would be Hajj for international pilgrims or not because the Saudi Ministry of Health had told the Ministry of Hajj and Umrah that they can accommodate at least 60,000 pilgrims this year; that is 15,000 indigenous pilgrims and 45,000 non-indigene pilgrims. But what was not clear is whether the 45, 000 non indigenes are coming from outside the Kingdom of Saudi Arabia or the nationals of other countries that reside in the Kingdom.

“So far, this is the situation for now but whenever we get clearer information on whether pilgrims would be allowed to come from outside the Saudi Arabia to perform Hajj, and we are asked to bring some pilgrims, we would be ready to do that immediately. We have in-house skeletal arrangements so that if at all we received any good news that Hajj is going to take place, we would not be taken unaware”.

The PPMF commissioner urged the intending pilgrims who deposited their monies for the pilgrimage to accept it in good faith in the event where this year’ Hajj is restricted to international pilgrims as was the case last year.

He also advised those that may wish to rollover their monies to next year to take the advantage of the Hajj Saving Scheme already in operation.

He said no fewer than 70, 000 Nigerian pilgrims are hoping to make it to the 2021 Hajj to discharge the responsibility of one of the pillars of Islam for none other than seeking the pleasure of Allah.

The number, he noted, includes those who registered for last year’s Hajj before it was cancelled due to the outbreak of coronavirus.

“What we have in total on our portal for 2021 Hajj registration is about 26, 800. However, some State Pilgrims’ Welfare Boards used to register intending pilgrims without using the NAHCON portal. So, what we have on the NAHCON portal is about 26,800, but I can assure you that this number is not even up to 50 per cent of the number of intending pilgrims that registered with State Pilgrims Boards.

“So, generally if you take the 26,800 that are on our portal and add it with the State Pilgrims Welfare Boards registration, it would be over 70, 000 pilgrims. I can assure you that, and this number is not inclusive of private tour operators’ pilgrims.”

On what would happened to the money paid by pilgrims’ if Hajj does not hold, Yakasai said, “Just like we did last year by informing the intending pilgrims that whoever wants to collect his or her money back is free to do so and if you what your money to rollover to next year you are free to do so as well. That policy has not changed. But in case there is no Hajj this year, I advise those that would want to rollover their money next year to take the advantage of Hajj Saving Scheme instead of leaving the money idle with the State Pilgrims Welfare Boards like they did this year. I think it is better to take advantage of the Hajj Saving Scheme with Ja’iz Bank rather than continue to keep money idle without earning anything on top.

“For instance, in this one year that they kept the money with the State Pilgrims Boards and didn’t earn anything, if they put the money in the Hajj Saving Scheme we are operating with Ja’iz Bank they would earn something on top of the money legally. I’m not saying that it is not safe to leave the money with the State Pilgrims Welfare Boards, but it is better to keep it in the Hajj Saving Scheme where it would earn the intending pilgrims something legally instead of leaving the money idle for one year. I’m just advising in case there is no Hajj. Though we are not praying for it, you can’t stop the will of Allah.”

Yakasai regretted that the pandemic has impacted negatively on Hajj and Umrah operations across the globe.

He however expressed optimism that normalcy will soon return to the sector with the discovery of the vaccine.

He commended Nigerian intending pilgrims, State Pilgrims Boards and Primary Health Authority for their prompt response and successful handling of vaccination to the pilgrims.

Yakasai stated: “The COVID-19 situation has affected Hajj and Umrah, not only in Nigeria but all over the world. However, here in Nigeria what we are doing as Hajj managers is to ensure that we keep the public informed of what is going on regarding Hajj and Umrah so that at least some fraudsters would not take advantage of the situation to defraud intending pilgrims.

“We are also very happy with the response of the pilgrims in terms of vaccination. I can tell you honestly that the vaccination programme is very encouraging and successful here in Nigeria because all the State Pilgrims Welfare Boards mobilized their pilgrims to come out for the vaccination and the turnout in all the states was marvelous.

“In terms of preparation and execution of the vaccination, both the State Pilgrims Boards and Primary Health Authority did a wonderful job and it went well without any incident. I can tell you confidently that over 99 per cent of the intending pilgrims that registered for this year’s Hajj have received their first jab and also more than 20 State Pilgrims Boards have also administered the second jab to their pilgrims. The remaining states have started giving the second jab to their pilgrims and the response is very encouraging.

“We should continue praying and hoping, though the time is too short now, that even if we do not get the number that we want, Saudi Arabia should allow some number of pilgrims from outside the country to participate in this year’s Hajj.

“But all the same; if it does not take place this year we should continue to pray and believe that with the introduction of vaccines and measures taken all over the world in terms of getting rid of the virus, we should be able to do Hajj next year. My advice to intending pilgrims is that we should keep praying and hope that if this does not happen this year, it will next year, Insha Allah.”


⇐ Previous:
Saudi Arabia bars foreign pilgrims from Hajj due to COVID
Next: ⇒
Bringing a smart development perspective to the future of Makkah