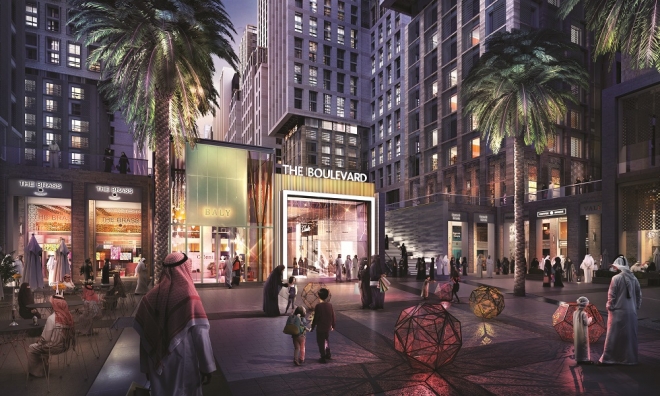 Makkah is undergoing accelerated development in line with the leadership’s ambitious plans to advance the national economy, improve infrastructure and public services, and meet the growing requirements in various economic and commercial sectors to increase the number of Umrah pilgrims to 30 million by 2030 as envisaged in the Saudi Vision 2030 plan.

Perhaps one of the most prominent model projects currently being developed in Makkah is the Masar megaproject, which is owned and developed by Umm Alqura for Development and Construction (UAQ). Spanning 1.25 million square meters, it is set to become an urban front landmark and gateway to the Holy Mosque from the western side of Makkah.

The destination stands out among real estate development projects in the Kingdom as it focuses on implementing an integrated development structure that adopts the concept of comprehensive access to effectively serve Makkah residents and pilgrims and facilitate their arrival to the Holy Mosque through different means of transport. Around five million visitors and residents are expected to benefit from this development annually during peak times.

Masar begins at the borders of the Third Ring Road at the entrance of the Makkah-Jeddah Highway from the west until the First Ring Road at the Jabal Omar on the outskirts of the Haram Al Sharif. It is 3,650 meters long and 320 meters wide and connects the first, second, and third ring roads to Abdullah Arif and Mansour streets. King Abdullah Mosque is one of the most prominent landmarks in the destination, spanning 141,000 square meters.

Over the last few years, UAQ managed to demolish 3,626 properties in the unplanned neighborhoods of Al Hafayer, Al Hindawiyah, Al Tandabawy, Mansour Street, Jabal Ghurab, Al Raseefa, and Al Zahareen, with compensations totaling more than SAR 10 billion, which is an unprecedented achievement in demolition works. Work commenced on the megaproject in 2015 and is currently underway around the clock in all areas of the destination simultaneously. Experts and engineers are making daily progress on the infrastructure, including mountain paving, excavation works, and the preparation of various transport pathways.

UAQ put in great effort to overcome the challenges it faced in implementing the infrastructure. It coordinated with all relevant authorities, such as the Saudi Geological Survey, to deal with the groundwater and ensure its safety and sustainability successfully and professionally.

The project establishes an integrated development structure by providing investment opportunities, diversifying economic activity, and enhancing Makkah’s position among the best-developed cities, the developer says. In order to achieve this vision, the destination relies on the concept of full movement by creating a development and investment environment around the Holy Mosque area, in addition to developing new choices that improve the lifestyle and quality of life of Makkah residents, guests, and pilgrims.

To achieve its strategic plans based on these comprehensive development objectives, UAQ designed groups of buildings across Masar, including international hotels such as Taj, Kempinski, Hilton, and Hyatt Regency, as well as residential, commercial, office, and service sectors.

The destination’s plan was built to express the concept of full movement on which the destination is based by including several pathways, including the pedestrian walkway 3,650 meters long and 60 meters wide, which separates the two directions of the main road for cars without intersecting with it, thereby representing the natural extension of the Holy Mosque plazas. The destination includes additional pathways such as the bus network and the Makkah metro.

On the other hand, the Masr destination is being developed based on a main two-way road 80 meters wide (40 meters in each direction) to and from the Holy Mosque. It is separated by the pedestrian walkway, which is 40-60 meters wide, to connect visitors to the Holy Mosque from the western entrance of Makkah.

Once completed, the project is expected to receive around 60% of arrivals to Makkah through Jeddah and King Abdulaziz International Airport, as well as those coming from Madinah and Jeddah through the Haramain High-Speed Railway.