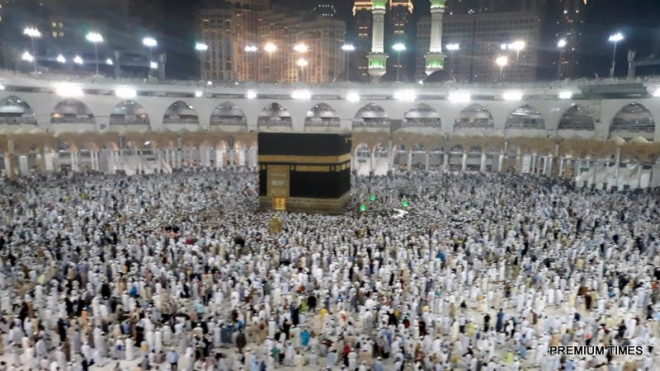 The National Hajj Commission of Nigeria (NAHCON) has confirmed that the Kingdom of Saudi Arabia has cancelled Hajj for international pilgrims for the 2021 season.

Chairman and Chief Executive Officer of NAHCON, Zikrullah Hassan, made this known in a statement issued by Fatima Usara, head, public affairs, of the commission, on Saturday in Abuja.

Mr Hassan said NAHCON respected the decision of Saudi Arabia in this regard no matter how painful that decision might be to the commission and intending pilgrims worldwide.

” The National Hajj Commission of Nigeria (NAHCON) has received news of the cancellation of Hajj for international pilgrims for the 2021 season.

” We have accepted that it is Allah’s divine design that multitudes will again this year not perform the Hajj.

” The Kingdom of Saudi Arabia is only playing out a script ordained by our Maker long before creation of the universe.

” Our prayer is that we collectively turn to Him in repentance so that He admits us for Hajj in the coming years,” Mr Hassan said.

He noted that one of the lessons from the 2020 and 2021 cancellations of Hajj for foreign pilgrims’ was in the “Prophet’s hadith (teachings) urging Muslims to perform Hajj while they could before they are prevented from doing so.

” Again, it impresses on us that it is only Allah that selects those who will be His guests for hajj. May we not be deprived of Allah’s mercy.

” May we be among those who will be chosen to perform Allah’s worship in future, ” the NAHCON boss said.

Mr Hassan commended the resilience of Nigerian intending pilgrims and the support they have shown during the ” long and tortuous wait.”

The chairman said he was particularly impressed and humbled by the level of support and respect evidenced by their adherence to each instruction given by the commission.

” An example is the total compliance in receiving COVID-19 jab with the hope of performing the 2021 Hajj.

” As in the previous year, those pilgrims who request for refund of their hajj fares deposits will be granted such without unnecessary delay.

” However, as for those who would still wish to roll-over their funds, the commission strongly urges them to wait for further advice and decisions by the board,” he said.

The chairman assured stakeholders of NAHCON’s open door policy and cooperation, adding that consultations would be held with all hajj managers on the way forward in the nearest future.

” This will be communicated to them in due course,” he said.

The Saudi Arabian Authority had also in 2020 cancelled Hajj for International pilgrims due to the outbreak of COVID-19 pandemic worldwide.