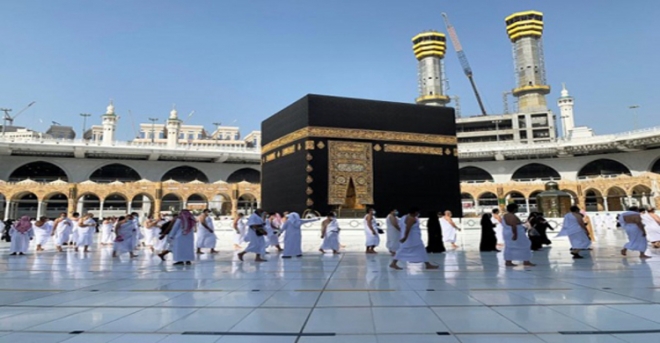 Hajj and Umrah Management Bill, 2021 was passed in the Jatiya Sangsad on Tuesday aiming to ensure smooth performing of hajj and umrah by the Muslim devotees and remove irregularities and mismanagement in the sector.

State Minister for Religious Affairs Md Faridul Haque Khan moved the bill to the House and it was unanimously passed by voice votes with Speaker Dr Shirin Sharmin Chaudhury in the chair.

Piloting the bill, the state minister said the enactment of the law will help smooth performing of hajj and umrah by the Muslim devotees and bring the hajj agencies under registration process.

“So, we need a legal structure to deal with Hajj management. Without having registration under the proposed law, no one will be able to deal with any Haji [Hajj pilgrim]. And the registration authority can take action against irregularities,” he said.

According to the bill, the registration of any Hajj and Umrah agency can be cancelled over anomalies.

Also, a Hajj agency can be slapped with a fine of maximum Tk 50 lakh, while an Umrah agency with Tk 15 lakh for irregularities, it said.

“If any agency gets warning for two years in a row, its registration will automatically be suspended for the same period. Also, lawsuits can be filed against criminal offences committed in the Hajj and Umrah management,” according to the proposed bill.

The religious affairs ministry placed the bill in the cabinet following its directive issued in 2012 to enact a law instead of the existing policy, the state minister said.

“After the enactment of the new law, if a Bangladeshi gets involved in Hajj-related irregularity even in Saudi Arabia, it can be treated as if it had happened in Bangladesh and legal steps, including criminal and administrative actions, can be taken,” the bill explained.

Rejecting opposition’s public review demand, the state minister said, “The draft has finally come to this stage after all the necessary things have been included in the law as the proposed law was enacted in the country for the first time in its 50 years history.”