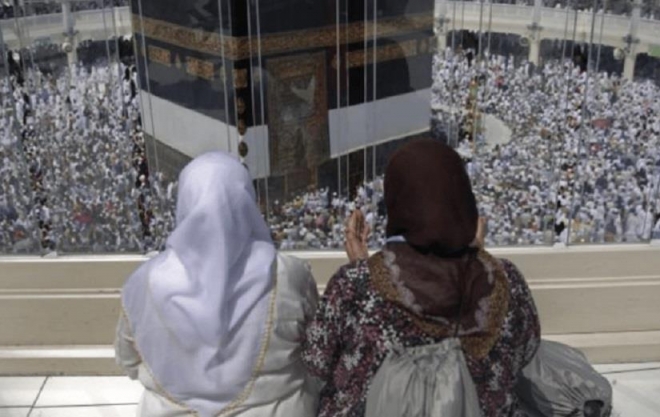 Saudi Arabia has announced that women can now register for the annual Haj pilgrimage without a male guardian (mahram), Al Arabiya News reported on Monday.

In its registration guidelines issued for this year’s Haj for domestic pilgrims, the Saudi Ministry of Haj and Umrah said women did not need to have a male guardian to register, and could do so along with other women.

''Those wishing to perform Haj will have to register individually. Women can register without a mahram (male guardian) along with other women,'' the ministry said in a tweet.

The development comes days after it was announced that Saudi women can now live on their own without requiring the consent of their father or male guardian after a new legal amendment by the Kingdom.

The landmark steps erode the longstanding guardianship system that renders adult women as legal minors and allows their “guardians” — husband, father and other male relatives — to exercise arbitrary authority over them.

In 2019, the Kingdom had granted permission to women to travel abroad without approval from a male guardian.

Saudi Arabia announced on Saturday it would allow 60,000 residents vaccinated against Covid-19 to perform this year's Haj, but Muslims from abroad would be barred for a second straight year.

The Haj typically packs millions of pilgrims into congested religious sites and could be a major source of contagion amid the coronavirus pandemic.

This year it would be ''open for nationals and residents of the Kingdom, limited to 60,000 pilgrims'', the Haj ministry said, quoted by the official Saudi Press Agency.

The pilgrimage, scheduled to be held in July, would be limited to those who have been vaccinated and are aged 18-65 with no chronic illnesses, it said.

Saudi Arabia said those wishing to perform Haj would have to apply online, without specifying how many foreign residents would be among the 60,000 pilgrims.

In 2020, foreigners were 70 per cent of the pilgrims, while Saudis made up the rest.

The Kingdom said later that it had informed other countries of the decision not to allow pilgrims from abroad.