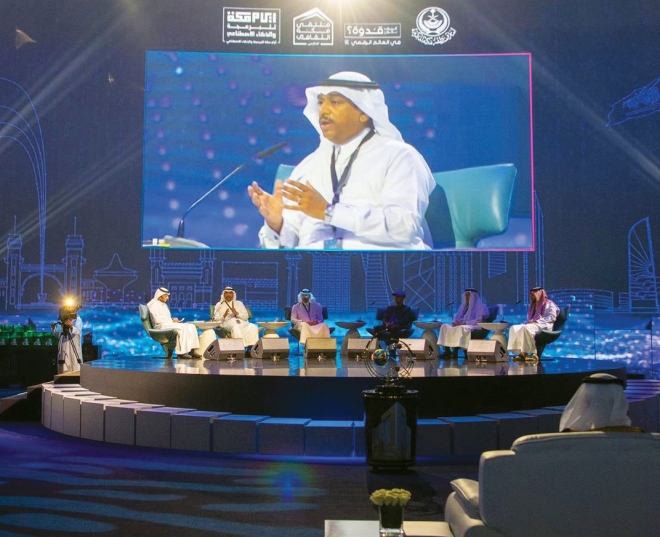 JEDDAH: The growing role of digitization in media, advertising and services was the focus of a dialogue session held on Friday as part of the Makkah Region Digital Projects Exhibition.

Mashat said that this year’s Hajj will witness a qualitative leap in the use of smart cards, with pilgrims’ journeys digitized from start to finish.

So far more than 450,000 requests have made through the electronic portal launched a few days ago, he said.

Saudi Arabia’s communications commission has worked to serve the pilgrims through digital systems before their arrival in the Kingdom.

Chan said that the digital revolution will lead the economy and contribute to the operation of smart cities.

To achieve this, digital infrastructure must be flexible, secure and focused on people since sustainability is a necessity for future smart cities, he added.