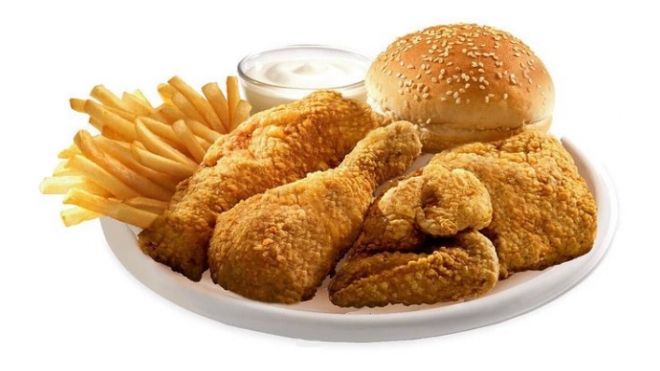 Long lines are a part of the inimitable Al Baik experience, and always have been. From the first store that opened in Jeddah in 1974 to the latest branch in The Dubai Mall, its winding queues are a testament to the fandom apparent at all franchises of Saudi Arabia's popular broasted chicken brand.

The long queues at the Jeddah store were even known to cause mayhem during peak hours, often resulting in crowd control by the police.

“The crisp, salty skin of the chicken and fries dunked into their unique garlic sauce is what differentiates Al Baik from other broasted chicken,” she says. “Since it tends to sell out quickly, the adrenalin rush of fighting crowds and getting your hands on a meal makes it all the more tempting.”

Apart from broasted chicken, jumbo shrimp and fish fillet are also popular items on the menu.

For 38 years, Al Baik operated only in the western province of Saudi Arabia (Jeddah, Makkah and Madinah).

In the 1990s, flagship stores along the Holy Mosque in Makkah and one non-profit outlet at the Mina site during Hajj season served pilgrims.

A meal of four sizeable chicken pieces, along with a bun and fries, was initially priced at 10 Saudi riyals (Dh9), making it a satisfying and affordable meal for those on a tight budget. The Al Baik store served as an equaliser, where members from all strata of society came together for a delicious meal and substantial portion.

The broasted method of preparation was still a novelty in the 1980s and 1990s, and over time Al Baik chicken gained the reputation of a meal that pilgrims “must try” when visiting the kingdom for Hajj or Umrah.

Muzaffar Ismail, an accountant who lives in Canada, remembers how whenever he carried home the familiar packaging of Al Baik, people always approached him. “They had heard so much about this restaurant, they wanted to know where they could buy it.”

A meal was an oft-requested item from trips to Saudi Arabia. The craze spurred trends such as carry-on bags filled with Al Baik specialities, an online marketplace in Indonesia peddling the chicken, and copy-cat brands mushrooming in India, Egypt and South Africa.

It was not only visitors and pilgrims who wanted to get their hands on the sought-after broasted meal. Because Al Baik didn’t have any branches in the capital city of Riyadh or eastern regions of the country, demand for the fare sparked an ingenious business venture – a “chicken run” where hawkers would make the nine-hour drive from Jeddah to Riyadh, bring back a trunk-load of Al Baik specialities and sell them at inflated prices to patrons in the Saudi capital.

Among the diaspora, the red and white logo of a bird in a top hat (representing the formal salutation of “sir”, which the brand is named after) brings back fond memories of growing up in Saudi Arabia.

Lubna Aboobacker, director of a logistics company in south London, reminisces how Al Baik was an important part of the Aboobacker family’s sojourn to Jeddah. “Although there were plenty of options for broasted [chicken] in Al Khobar, we always looked forward to our visits to Jeddah and Al Baik.”

The home-grown brand also enjoys a collective pride of being inherently “Saudi”.

Another reason for its success is its charitable legacy, with patrons happy to support the local brand’s philanthropic efforts, which range from community development to environmental awareness. According to the 2020 YouGov BrandIndex Customer Loyalty ranking in Saudi Arabia, Al Baik ranks among the top three.

Now it's opening more stores across the kingdom, and late last year launched two venues in Bahrain, its first venture outside of Saudi Arabia, followed by Dubai in June. These new branches bring with them their long lines and coveted meals, as foodies in the Gulf are keen to partake in the inimitable Al Baik experience.