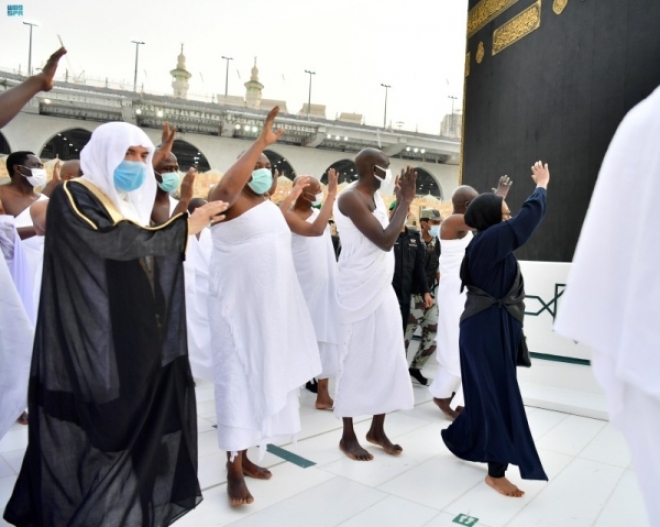 Upon his arrival at the Grand Holy Mosque from Jeddah, he was received by a number of officials from the General Presidency for the Affairs of the Two Holy Mosques as well as the Grand Mosque special security.

Earlier in the day, the Gambian president arrived in Jeddah after paying a visit to Madinah.

The Gambian president and his accompanying delegation were received by Prince Saud Bin Abdullah Bin Jalawi, the adviser to Makkah governor and acting governor of Jeddah, and a number of senior officials.

arrived in Saudi on Wednesday to inaugurate the new Gambian embassy and ambassador’s residence in Riyadh. He flew to Madinah later in the day to pray at the


⇐ Previous:
Second phase of Hajj registration gets underway
Next: ⇒
Why is the broasted chicken brand from Saudi Arabia so popular?