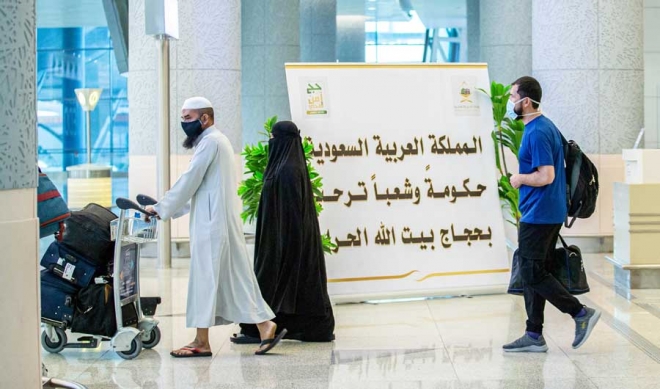 MAKKAH: The Ministry of Hajj and Umrah has confirmed it is fully prepared for this year’s Hajj season.

Dr. Abdulfattah Mashat, deputy minister of Hajj and Umrah, stressed that the pace of work to ready the Kingdom’s holy sites will increase in the coming days, and all relevant sectors will complete the requirements for receiving pilgrims on time.

“The Ministry of Hajj and Umrah has long developed strategic and operational plans related to Hajj activities in cooperation with more than 30 entities, from various private, government and security sectors,” he added.

In an interview broadcast on Riyadh Radio, Mashat said that pilgrim residences at the holy sites are ready, as are gathering points around Makkah, stressing that there is an integrated plan to make this year’s season safe and secure.

Pilgrims’ tents at Arafat, as well as facilities in Mina and other areas where pilgrims will stay in Muzdalifah have all been inspected.

“The environment … this year will be different from the previous Hajj seasons. It will be a healthy environment, ensuring social distancing between the pilgrims during the entire journey, thanks to large camps allowing continuous air movement, thus eliminating any risks,” said Mashat.

He pointed out that the Saudi government has created an integrated transportation network connecting all relevant sites across the region.

The ministry has long developed strategic and operational plans related to Hajj activities in cooperation with more than 30 entities.

“There will be buses transporting pilgrims from their residence … to the arrival station,” he said. “The authorities are currently developing the final plan for transport with the security authorities, which will be revealed very soon, accompanied by an awareness program targeting pilgrims via their smart phones or through social media platforms.”

Mashat said pilgrims performing Hajj this season have never been on the pilgrimage before. “In June, the Ministry of Hajj and Umrah began to receive applications. We received, in ten days, over 500,000 applications, while the target number was 60,000.

“The applications were sorted according to a specific mechanism such as the readiness of the pilgrim physically, taking into account if they had already performed Hajj. The data was also sorted out by age groups, with priority initially given to those over 50 years of age from all nationalities residing in the Kingdom.”

The pilgrims were distributed across 190 companies offering three packages. Mashat said the chosen pilgrims will start arriving on July 17 and 18, and that buses that used to accommodate 50 pilgrims in the past will accommodate just 20 this year.

He added that pilgrims’ smart cards would be essential during their stay, providing them with information of significant help to them and service providers.

Ahmed Saleh Halabi, a journalist and writer specializing in Hajj and Umrah services, said: “This year’s Hajj season comes while the coronavirus disease pandemic is still ravaging the world. Some believed that the performance of the Hajj (would have to) stop, after some countries closed their borders, but the Saudi leadership was keen to hold the Hajj season, in a way that guarantees the safety of pilgrims, in limited numbers, and in accordance with precautionary and preventive measures.”

He added: “Last year’s Hajj season was an exceptional season as a result of the outbreak of the pandemic, and the government of the Kingdom has enabled pilgrims to perform their rituals with security and tranquility, gaining good experience in organizing and managing crises and overcoming the pressures imposed by the virus.”

Saudi Arabia’s decision to limit Hajj to citizens and residents within the Kingdom confirms the government’s keenness to maintain the safety, health and security of pilgrims, in line with Islam, that calls on preserving human life, he said.