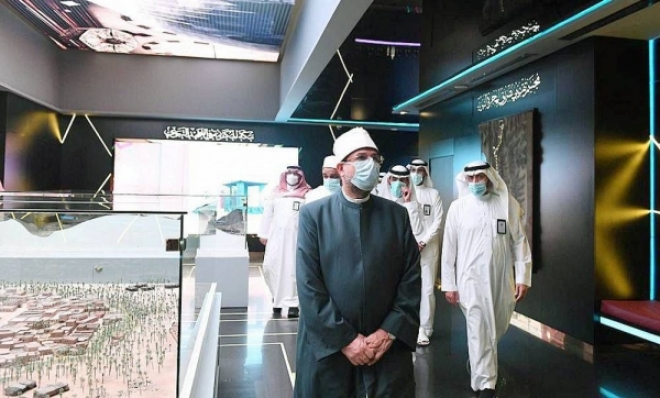 The minister toured the museum and saw a number of interactive displays on the Prophet's biography.

Dr. Mohamed Gomaa praised the Kingdom of Saudi Arabia’s efforts in serving the Holy Quran and the Prophetic Sunnah.

Later, Egypt's Minister of Awqaf Dr. Gomaa, who is also chairman of the Supreme Council for Islamic Affairs, affirmed that Saudi Arabia and Egypt are confronting extremist ideology and extremist terrorist groups with force because of the imminent danger they pose on religion and homelands.

On the contrary, the two countries are working to serve religion and explain its moderation and tolerance concepts, noting that work on eradicating extremism and drying up its sources is a duty requiring concerted action.

In a press statement, upon departure following a visit to Saudi Arabia, Dr. Gomaa valued the Kingdom of Saudi Arabia for its efforts serving Islam and Muslims in the world and supporting their cause.— SPA