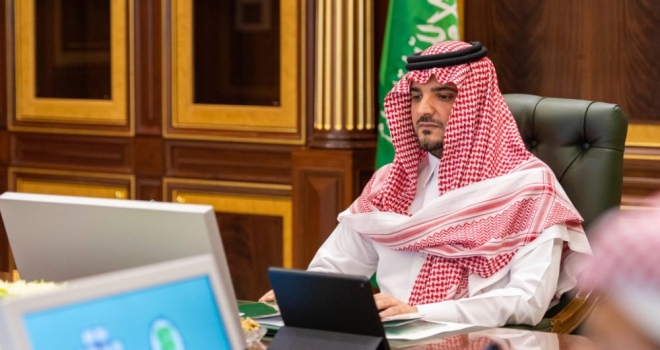 Prince Abdul Aziz bin Saud bin Naif, who is also the chairman of the Supreme Hajj Committee, signed off the plan on Tuesday for the annual pilgrimage, which for the second year has been limited to residents of the Kingdom.

Saudi Arabia has had to put in placed precautionary measures to limit the impact of the coronavirus pandemic, limiting the event to 60,000 pilgrims this year. That number would have been above 2 million before the pandemic.

The Hajj operation is being implemented by a number of government agencies.
Lt. Gen. Sulaiman bin Abdullah Al-Amro, director general of the Civil Defense, said that the authority had completed its preparations for the Hajj season, in line with the general emergency plan, a statement on the Saudi Press Agency said.

The plan “was prepared to achieve the directives of King Salman and Crown Prince Mohammed bin Salman to provide the highest levels of security and safety for pilgrims, and is being implemented with their follow-up and support in Makkah, Madinah and the holy sites,” Lt. Gen. Al-Amro said.

He added that inspection tours have been intensified in all facilities and sites that have been prepared for the pilgrims’ accommodations, and included all preventive and executive measures and providing the necessary services to maintain public safety.