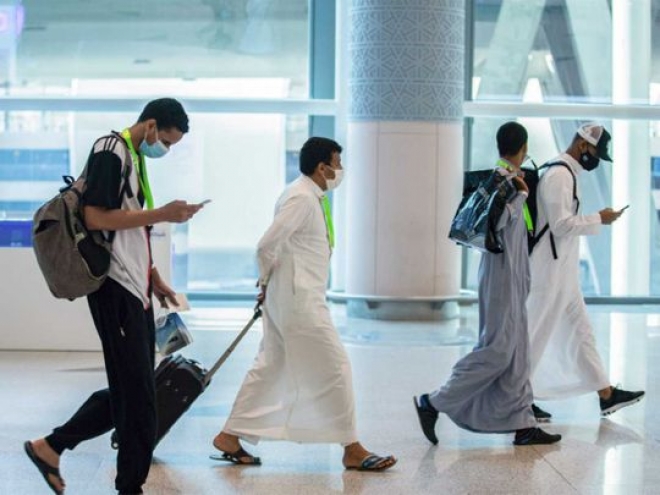 Cairo: Saudi Arabia will designate a health escort for every 20 pilgrims in the annual Hajj season due later this month, according to a Saudi official, as the kingdom has ramped up efforts for organising the Muslim pilgrimage curtailed due to COVID-19.

Last month, Saudi Arabia said that due to the continuation of COVID-19 and its variants, performing this year’s Hajj will be confined to 60,000 pilgrims from Saudis and Muslim foreign residents in the kingdom.

“There will be an escort for every 20 pilgrims, acting as a health leader to offer guidance and verify implementation of precautionary measures during all movements of the pilgrims,” spokesman for the Saudi Ministry of Hajj and Umrah, Hesham Saeed, said.

He told Saudi state television Al Ekhbariya that 25 tracks have been allocated in the courtyard of the Grand Mosque in Mecca for the ritual circumambulation of the Holy Kaaba during the Hajj.

“Preparations have also been taken for the doors through which pilgrims will enter and leave the Grand Mosque,” Saeed added.

Eligible pilgrims this year must be vaccinated against COVID-19, free of chronic diseases and aged between 18 to 65 years.

Accepted Hajj applicants must receive the second dose of the COVID-19 vaccine, the Ministry of Hajj has said. They can visit the nearest vaccination centre without an appointment, but within 48 hours of receiving the Hajj permit.

Last year’s Hajj was performed by a limited number of Saudis and foreign Muslims residing in Saudi Arabia to contain the spread of COVID-19.