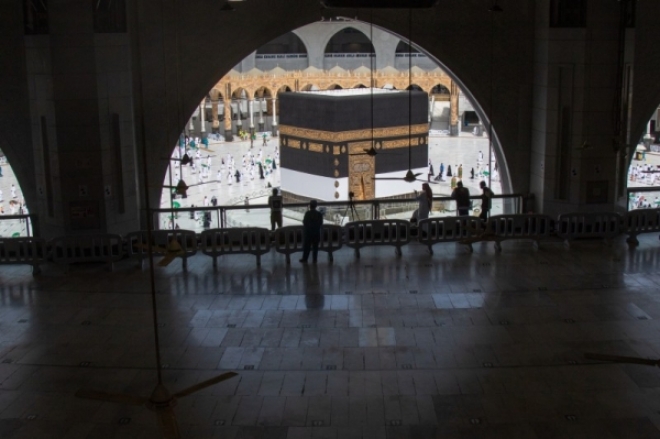 RIYADH — Periodic maintenance for components of the Holy Kaaba started on Saturday under the supervision of the Project Administration Office in the Ministry of Finance in coordination with the General Presidency for the Affairs of the Two Holy Mosques and relevant government agencies.

These works are an extension of efforts of the government of the Custodian of the Two Holy Mosques King Salman in caring for the Holy Kaaba and preserving it in the best manner possible.

Finance Minister Mohammed Bin Abdullah Al-Jadaan said that the periodic maintenance works for the Holy Kaaba are part of efforts of the government of the Custodian of the Two Holy Mosques King Salman under the supervision and follow up of Crown Prince Muhammad Bin Salman, deputy prime minister and minister of defense, to take good care of the Holy Kaaba.

He noted that the Project Administration Office in the Ministry of Finance supervises work progress with the participation of the elite of cadres working in projects of the Custodian of the Two Holy Mosques King Salman in expanding the Grand Mosque by taking into consideration the smallest details and using the latest technologies according to the best international standards in implementation of directives of the wise government.

The Project Administration Project in the Ministry of Finance, since its establishment in 1438 Hijri, has been supervising projects of the Custodian of the Two Holy Mosques King Salman to expand the Grand Mosque and the Prophet’s Mosque and the major Saudi expansion for the Grand Mosque, in addition to increasing the total capacity of the mataf (circumambulation area), and the third Saudi expansion for the Prophet’s Mosque, square and relevant components. — SPA