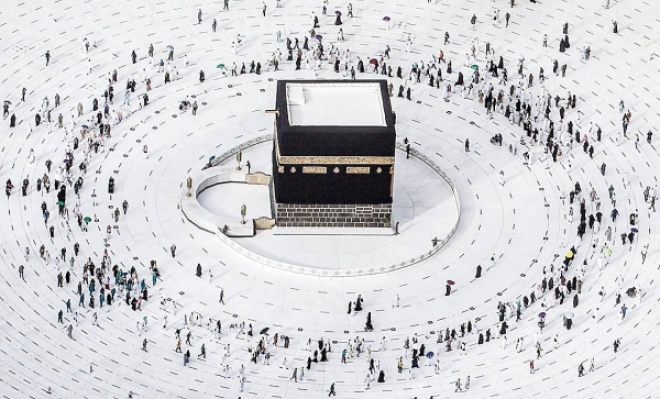 MAKKAH — The General Presidency for the Affairs of the Two Holy Mosques, represented by the Agency for Projects and Engineering Studies, has revealed that the contractor of the Third Saudi Expansion Project of the Grand Mosque has resumed the construction and electromechanical works and finishing of architectural works.

The agency has issued as many as 60 licenses for undertaking these works.

The project sites cover a total surface area of 519,149 square meters, to accommodate the pilgrims and worshipers during the annual Hajj pilgrimage season. These areas included the King Abdullah Expansion Project, the project to raise the capacity of the mataf building, the works of the main gates and minarets such as King Abdulaziz Gate, Umrah Gate and Al-Fath Gate.

The agency also confirmed the completion of the works of installing suspended ceilings on the floors of the mataf building, and the mezzanine project of the second floor, in addition to related construction works, support services and infrastructure projects. These projects have been completed in coordination with the Construction Management Office at the Ministry of Finance.

The agency discussed plans, projects, work programs and various implementation stages for the remaining works during the current phase. The discussion also covered the efforts to prepare the spaces and areas designated for the coming Umrah season.

The agency confirmed that the projects that are completed will be used for the benefit of pilgrims during the Umrah season, and that is in accordance with the directive of Sheikh Abdul Rahman Al-Sudais, head of the presidency, to accelerate the pace of work and raising the level of readiness, in an effort to provide the best possible services for the pilgrims and worshipers.


⇐ Previous:
Periodic maintenance of the Holy Kaaba being carried out
Next: ⇒
Umrah companies gear up to receive foreign pilgrims