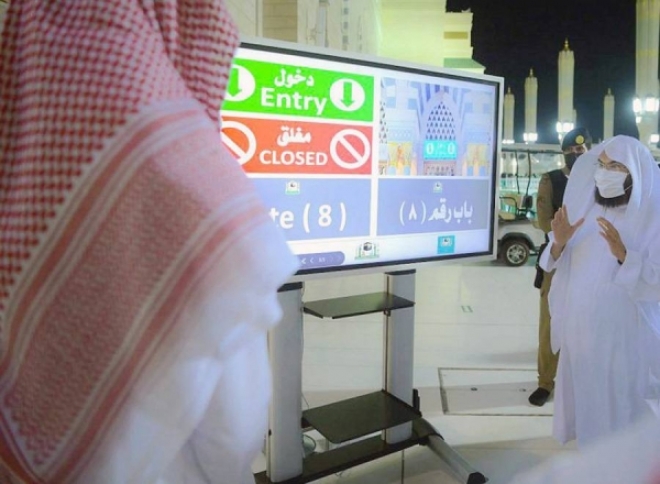 MADINAH — The President of the General Presidency for the Affairs of the Two Holy Mosques Sheikh Dr. Abdulrahman Al-Sudais launched the project of the main door screens in the Prophet's Mosque.

Sheikh Al-Sudais stated that the project's goal is to make preforming Hajj and Umrah easier for pilgrims by reducing traffic in the Prophets Mosque.

The project aims to facilitate crowd management by informing the visitors about the designated doors for entry and exit.

The Assistant Undersecretary for Maintenance, Technical and Operational Affairs, Eng. Saad Bin Muhammad Al-Ahmadi explained that there are two phases to the program.

In the first phase, 11 screens were installed on the main doors, and in the second phase 12 screens will be installed that will be controlled by the main control room.