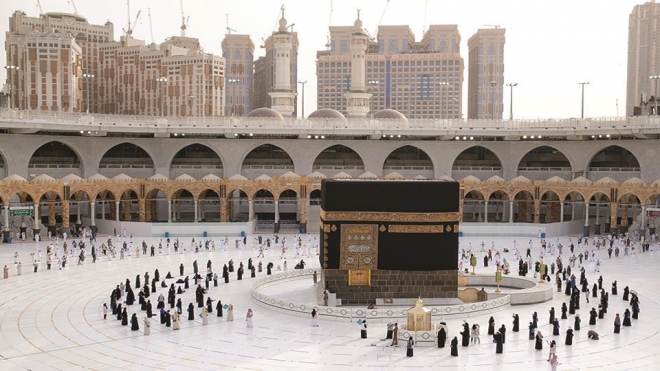 However, confusion still remains as travellers with Sinopharm vaccines have to receive a booster shot of another vaccine approved by the Middle Eastern country. And Bangladesh is yet to introduce booster doses.

Bangladeshi Muslims could not perform Hajj and Umrah in the last two years amid the pandemic.

At present, many intended pilgrims, both vaccinated and unvaccinated, have been enquiring about their eligibility to perform Umrah in Saudi Arabia, said the HAAB President.

In pre-pandemic times, about 2,50,000 Bangladeshis could perform Umrah in a year.

HAAB President urged the government to ensure inoculation of intended pilgrims with vaccines that are approved by Saudi Arabia.

The religious affairs ministry has published a list of 247 agencies that will be allowed to arrange for Umrah from Bangladesh, the ministry's secretary Nurul Islam told a webinar on August 22.

However, the Saudi government mentioned those who were fully inoculated with Sinopharm or Sinovac can be accepted into Saudi Arabia, provided they receive a booster shot of a vaccine approved in the Middle Eastern country.

The HAAB president claimed uncertainty still exists over the issue as booster dose has not yet been introduced in Bangladesh.

Earlier, there were four vaccines approved for use in Saudi Arabia: Oxford-AstraZeneca, Pfizer-BioNTech, Johnson and Johnson's Janssen, and Moderna.