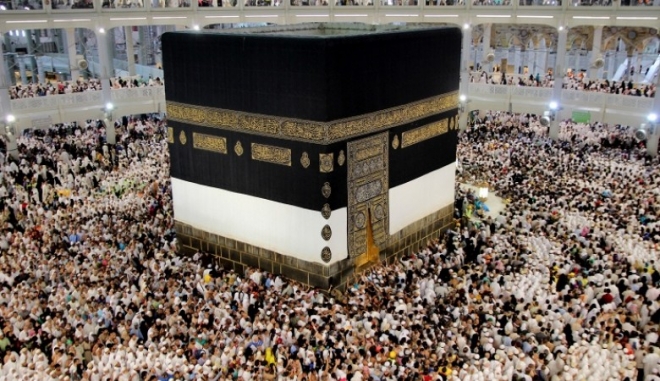 During the 2009 Hajj, I was part of the Kaduna state reception team at King Abdul Aziz International airport in Jeddah. My responsibility was to documents Kaduna pilgrims as they arrive according to their flight numbers. Scan pilgrims’ data page, slot the flight number into a micro access database programme and prints it out accordingly. It was a herculean task that deprived us of sleep for days. As soon as you attempt to take a nap, an announcement will be made that another Kaduna flight has arrived and the works continue.

It is like sweating and smiling in the service pilgrims.

During a post-Jeddah operation meeting; there was an argument on the necessity of having a database team in Jeddah. One of the Directors said the team should be disbanded and its member spread to other committees. Then, a member of the aviation committee asked whether anyone in the meeting has a comprehensive database of the number of pilgrims that have arrived according to the date, flight number, numbers of females and males, numbers of Hajj officials and their registration code number. That was in 2009.

I stood up and presented the hard copy of the database as per the criterion listed above. “Why then does anyone say this committee work is not useful, one the member of the aviation committee queried.

The former Chairman of NAHCON Barr Abdullahi Mukhtar Muhammed was the Executive Secretary of Kaduna State Muslim Pilgrims’ Welfare Board then. Abdullahi Mukhtar had told the meeting then that instead of debating the parameter for having a computer team in Jeddah, hajj officials in the states pilgrims’ boards should brace up for an era when entire Hajj administration and operations will be an internet and online affairs.

“Don’t you people think that time will come when all services will be domiciled online? Don’t you think that in the next few years, elevators may be used to perform Tawaf?.

Now, that ‘come’ envisaged by Abdullahi Mukhtar 12 years ago has now ‘come’ to become the defining factor in Hajj affairs.

Fast forward to 2021, Hajj operations and administration is transforming into an electronic affair in a fast phase mode, posing serious challenges to the roles of Hajj missions from hajj participating countries. The basic function of Hajj missions from hajj participating countries is to facilitate hajj service delivery for their pilgrim. Accommodation, transportation, medical services, feeding and guides. Pilgrims registrations, documentations and enlightenments and offering of consular services in collaboration with their respective consular offices in Saudi Arabia.

The Covid 19 pandemic has watered the Kingdom of Saudi Arabia’s appetite to experiment with policies that will allow the Kingdom to be in full control of services rendered to Pilgrims. The vision 2030 is geared towards opening a new economic path that will boost the Kingdoms’ economy and the tourism sector becomes the next target owing to Global zig zag on international oil market. If you follow the trend carefully, the entire hajj policies are geared towards economic benefits. Together the Hajj and the Umrah add $12 billion to Saudi Arabia’s GDP per year, which accounts for 20 per cent of the country’s non-oil GDP. Before the Covid 19 trouble, the Saudi government has ambitious plans to increase revenues from hajj and Umrah pilgrimage to $150 billion by 2022.

Consequently, adoption and adaptation to Covid 19 Pharmaceutical and non-pharmaceutical protocols that require ‘distancing” gave birth to E-innovations. Linking pilgrims’ documentation, health records, services, crowd control and payment into a single platform has brought a whole new dimension into hajj operations and this is where the cock may likely crow for hajj missions unless the Kingdom reconfigure the system before 2022 hajj.

For us to understand these dynamics, we need to identify the basic roles of foreign hajj missions in the Hajj exercise and look at current operational templates adopted by the Kingdom of Saudi Arabia. Pilgrims registrations and documentation, consular services, negotiating and signing contracts with Saudi based hajj services providers on accommodation, feeding, transportations, facilitating airlift of pilgrims to and fro, educating and enlighten pilgrims, relating with Saudi Ministry of Hajj or other Hajj related service providers as the case may be are the major responsibilities of hajj missions.

This may be the reason the Kingdom experimented with fixing hajj prices for the 60,000 internal pilgrims that perform Hajj 2021.

Well, it is unlikely that foreign pilgrims will pay this much but Saudi Arabia government has seen the quantum of cash that can be tapped from hajj services and this may be a big temptation for them to ‘come in ‘when the foreign pilgrims are allowed.

Al-Maddah stated that “the Shaaer app was a great success in the last Hajj season because it contains all the information about the pilgrims’ ID, health and other services. Shaaer smart card application is the official Hajj application launched by the Ministry of Hajj and Umrah to serve the pilgrims. It contains the pilgrim’s personal, health, and housing information, and enabling pilgrims to record his health information and review the schedules, as well as gain knowledge of the Hajj program.

Speaking further, he said “The application also allows the pilgrim to know the assembly points and departure times from his housing in the holy sites, allowing him to choose meals through the menus allotted and receive alerts from the control centre. “In the next phase, the Shaaer smart card app will be issued for the Umrah pilgrims coming from abroad.

Finally and as I was saying “Al-Maddah said that the technologies launched by the ministry is aim to facilitate procedures for pilgrims and raise the quality of services. He said what has been used this year is the first phase saying “the next phase will involves expanding the base of the services provided for the purpose of making it Permanent for Hajj and Umrah pilgrims, especially those coming from outside the country.

That will be a serious challenge to Hajj missions especially in a country like Nigeria. It will be recalled that Hajj 2019 was performed without government financial intervention. This feat was made possible due to ‘facilitation of services by NAHCON’ and sourcing income through ‘commissions charged from those services that the commission facilitates.

If you take out accommodation services, airlifts services, feeding arrangement services, then NAHCON will be left with zero sources of generating income during hajj operations and such situation may compel the commission to revert to reliance on the federal government to fund the operation.

Currently, there are various e-services meant to deliver service to pilgrims during Hajj through IOS or Android systems Smartphone applications. Among those apps is the Hajj and Umrah Navigator, which is a digital geographic app launched by Saudi Post for the area of Holy Places (Mashair) inside Saudi Arabia. It has a map providing information about addresses, Hajj camps particularly in Makah and Medina, streets, districts, public services, and Mashair boundaries.

There are other apps like Manasikana, Ershad, Violations, Housing, E-Hajj Monitoring, I-Hajj Monitoring. Another app is Turjuman, which translates instruction signs for non-Arabic speaking pilgrims to their languages, without having to use the internet. There is also Al Maqsad that helps pilgrims to locate their exact destination inside the corridors of the Grand Mosque (Almasjid Al-Haram) and find out any place where they want to go.

Tawakkalna is the official Saudi Contact Tracing app. approved by the Saudi Ministry of Health to prevent the spread of but has now been expanded to include hajj/Umrah services like allowing pilgrims to undergo pre hajj Covid 19 pharmaceutical protocol screening. Interestingly, Saudi Airlines (Saudia) has now integrated Tawakkalna Apps into their online booking platform. It allows passengers of Saudia air to be booked to pray in Gran Mosque and undergoes Covid 19 vaccination screening – another challenge to foreign Umrah companies.

During the Makah Region Digital Projects Exhibition that was held in June Saudi Deputy Minister of Hajj and Umrah, Abdulfattah bin Sulaiman Mashat did confirm that “given the growing role of digitisation in various services, the hajj will witness a digitised journey from start to finish.” King Salman has lauded the “digital Haj system” saying it was intended to “reduce the personnel required to deliver Haj while assuring the safety of pilgrims”.

If Hajj smart card is made compulsory in subsequent hajj, so what becomes of our peculiarity challenges given the fact that about 60-70 per cent of Nigeria pilgrims are people from rural areas who may have difficulty in operating smartphones?

It should be noted that the Ministry of Hajj and Umrah has applied Smart Card service for the third year in a row in 2021. Saudi Arabia first enhanced smart cards with different features designed according to five basic colours of programme services, pilgrim grouping, and transportation. They included technology for the near field contact (NFC) to read the Hajj data through the self-service machines and on a barcode that is read by the personnel working in Hajj to know all the relevant information of a pilgrim.

However, the Saudi Ministry of Hajj may step down some e-services for a much larger number of pilgrims but the ‘temptation to assume control of hajj services given its economic benefits may also compel them to enhanced the e-service for Hajj 2022 thereby reduce the roles of Hajj missions”

Hajj missions like Nigeria’s National Hajj Commission, NAHCON, Hajj Committee of India, Bangladesh Hajj Mission, Indonesia Hajj missions and the rest should collectively engage the Saudi Ministry of hajj to understand the direction they are heading to especially in the areas of ‘roles of Hajj missions in hajj preparations and operations’ in offshore.

It is gladdening that NAHCON and other country hajj missions are aware of these challenges especially in the areas of application of E-services and hajj apps. Robust and comprehensive enlightenment along with training of hajj officials is urgently needed to prepare for what may come. As I always posit, it’s better for a football team to prepare and trains very well and has the match cancel than to witness a lackluster performance due to ill preparations.