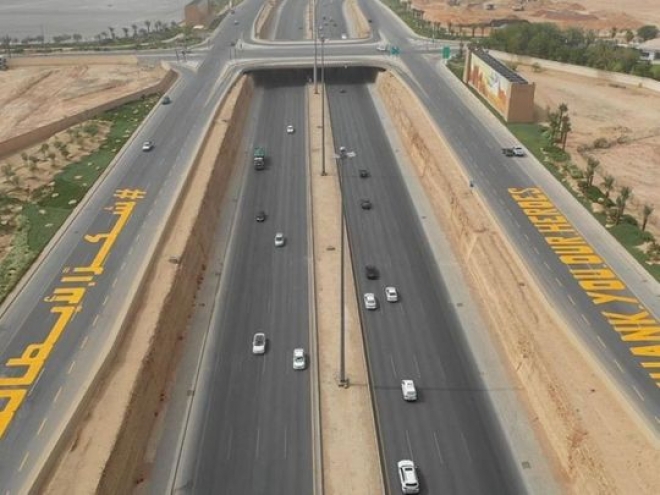 The journey time on the fastest road leading from Jeddah to Mecca is 35 minutes, after the speed of vehicles was set at 140km per hour.

The road also connects King Abdulaziz Airport with the holy capital of Mecca directly, which heping the transportation of pilgrims. The project also contributes to reducing traffic congestion on existing roads, especially the Haramain Highway.

The completion rate of the project in its first phase amounted to 55 per cent, while the second phase reached 73 per cent, and 81 per cent of the works of the third phase have been completed.

The project includes four main lanes in each direction, and starts from its first point in Mecca from the intersection of the third ring road on the side of Al Fayhaa neighbourhood, and ends in Jeddah at the airport bridge adjacent to the Aramco refinery, next to King Abdulaziz International Airport.

It will serve the neighbourhoods located in the north of Jeddah and travellers to the jewel stadium and the airport. It will also facilitate the movement of pilgrims during the Haj and Umrah seasons, to avoid crowds, especially on the Al Haramain road.


⇐ Previous:
Cost for hajj will increase next year
Next: ⇒
Radisson Hotel Group announces a record year in the Middle East & Africa