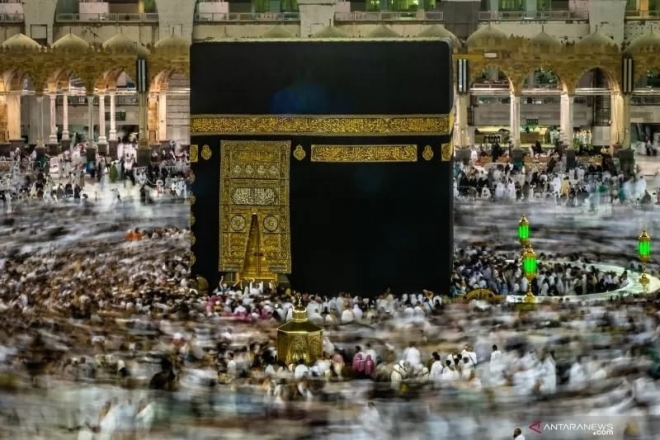 At the meeting, which was conducted between sessions of the United Nations General Assembly in New York City, the United States on Tuesday, Marsudi described the current COVID-19 situation in Indonesia, which has seen a significant decline in infections.

“We hope that the information can be used by the Saudi Arabian government to review its policies related to vaccines, Umrah, and other matters," she said while delivering a virtual press statement from New York on Wednesday.

Furthermore, the Indonesian minister said that during the meeting, she also emphasized that COVID-19 vaccines' emergency-use listing issued by WHO be used as a reference in the policy-making process regarding vaccines.

Although the Saudi Arabian government has removed the 14-day quarantine requirement for prospective Umrah pilgrims from several countries with high COVID-19 transmission, the Umrah permit for Indonesian citizens has still stalled, she noted.

The Saudi Arabian government is now demanding that prospective pilgrims get booster vaccines and bring their vaccine certificates, she said.

The booster doses need to be among the four vaccines recommended by the government— AstraZeneca, Pfizer, Moderna, and Johnson & Johnson, she added.

Thus, Indonesian prospective pilgrims -- who have mostly received Sinovac vaccines – have to attach two certificates of the Sinovac vaccine and the booster vaccine, Marsudi said.

The obligation to administer the booster vaccines is considered burdensome for Indonesia, she added.

Hence, Religious Affairs Minister Yaqut Cholil Qoumas said he plans to visit Saudi Arabia in the near future to lobby the government to revoke the booster vaccine obligation for Indonesian prospective pilgrims.

"We will lobby the government. We will try our best, however, we cannot guarantee to bring good news. We only can continue making every effort," he said.