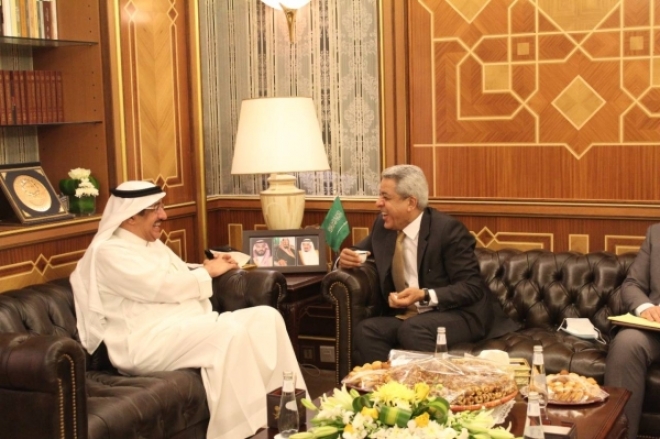 RIYADH – Acting Minister of Hajj and Umrah Dr. Issam Bin Saad Bin Saeed said that Saudi Arabia is welcoming Iraqi Hajj and Umrah pilgrims throughout the year. He made the remarks during an audience with Dr. Abdul Sattar Al-Janabi, Iraqi ambassador to the Kingdom, at his office here on Monday.

During the meeting, they discussed issues related to the affairs of the Hajj and Umrah pilgrims from Iraq, as well as the services and facilities being provided by the Saudi government to the pilgrims.

“Saudi Arabia is keen on providing all the best possible services and facilities for the pilgrims and visitors so as to enable them to perform their rituals in ease and comfort,” he said.

Dr. Issam also commended the coordination and cooperation of the concerned Saudi and Iraqi authorities to facilitate the smooth performance of Hajj and Umrah pilgrimage for those coming from various cities and governorates of Iraq, saying that this reflects the solid relations between the two countries.

For his part, the Iraqi ambassador lauded the great care accorded to the pilgrims in general and the Iraqi pilgrims in particular by the government of Custodian of the Two Holy Mosques, asking God Almighty to grant the Kingdom more success and prosperity.