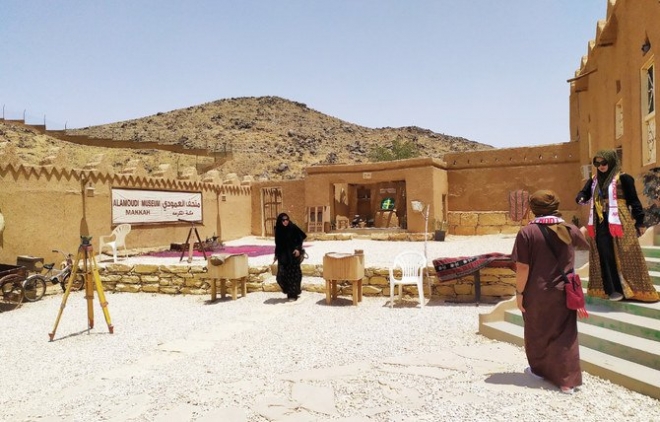 MAKKAH: Ten museums in Makkah have opened their doors to showcase Makkah’s unique identity throughout history.

The museums house some of the rarest artifacts, illustrations, and collections that reveal the human experiences of the city.

They show how the people of Makkah managed to shape a wealth of human knowledge through various epochs and the progress made after the prophecy and its noble teachings came into existence.

The museums also contribute to raising cultural and humanitarian awareness with all their cognitive messages and elaboration of the life of fathers and grandfathers.

The Culture Ministry’s Museums Commission told Arab News that it is giving Al-Zaher Palace Museum special attention, hoping to reopen the museum to visitors as soon as possible after it was closed due to the pandemic.

The director of the Makkah History Center, Dr. Fawwaz Al-Dahhas, told Arab News that the museums have put in extraordinary efforts to further the Islamic, civilizational and cultural heritage of the city.

He added: “It’s best that the efforts are united under the auspices of one national museum called ‘Makkah throughout history,’ where visitors can expand what they needed to know about Makkah.”

Al-Dahhas said that developing the Al-Saqaf Palace in the Maabad neighborhood would combine heritage and culture through its restoration. Once completed, it will become an Islamic museum.

In his book “The Presidential Palace in Maabad,” Al-Dahhas described the surface area of the palace and its rooms still have their original furnishings and design.

Saad Al-Sharif, a researcher in Makkah’s history, said museums are essential to educate societies and advance science and evolution. “A student can leave a museum knowing that they would like to become a scientist, a leader, a musician or a writer,” he said.

“Our society’s knowledge must be consolidated and presented through the museums to form a harmonious cultural structure. Some museums teach what the classrooms students do not teach,” Al-Sharif added.

The researcher said tourists always look for museums in new countries as “we believe them to be the true wealth of any people; ancient collections in those museums constitute an important source for society, as well as economic, social and cultural support, as they provide a rich and different experience for visitors, and express a person’s identity, existence and depth and authenticity of their culture.”

Al-Sharif said that Saudi museums inspire delight and that they illustrate a history they could only learn about through museums and their evidence, tools, places, and names.

Majdouh Al-Ghamdi, owner of the Museum of Human Heritage, said that Makkah’s museums complement each other and exhibit their rare heritage artifacts for all visitors.

Its exhibits include household appliances used in Makkah before electricity was introduced, a section on Saudi tribes, and displays on the role of the city’s residents in serving pilgrims and the history of the ancient Madrasah Al-Sawlatiyah, one of the oldest schools in the Arabian Peninsula.

It also includes Byzantine and Roman coins of all kinds and the Islamic dinar, silver, and gold used during the Umayyad era. Visitors will also discover weapons such as cannons, knives, daggers, swords and guns.

Al-Ghamdi said that museums offer full knowledge and satisfy people looking to feel passion about heritage. They feel content in the historical depth and wealth of Makkah in particular, he added. He said that all those museums seek to occasionally develop their exhibits by buying rare stamps, newspapers, maps, coins, rifles, swords, old household items, spears, and traditional clothes.