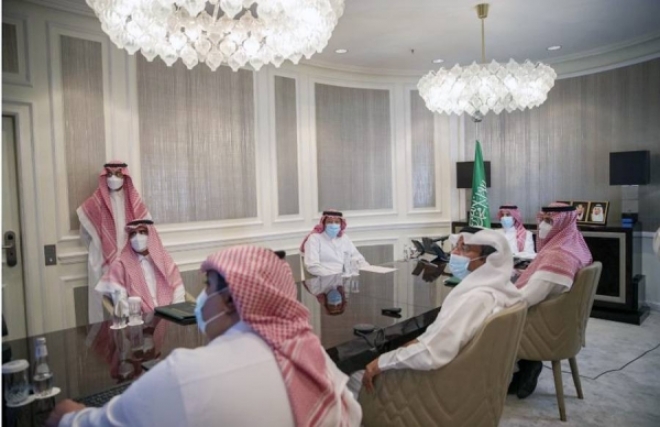 RIYADH — Minister of Foreign Affairs Prince Faisal Bin Farhan launched on Wednesday the application for self-registration of the biometrics of Hajj and Umrah pilgrims through smartphones.

This will enable aspiring pilgrims to get Hajj and Umrah visas issued online from their respective countries without approaching the visa issuing centers to register their biometrics.

The biometrics matching process will be carried out at the time of the pilgrims’ arrival at the land, sea and air ports in the Kingdom, the Saudi Press Agency reported.

With the launch of the new mechanism, Saudi Arabia has become the first country in the world that allows registration of biometrics via smart phones for the issuance of electronic visas.

This service is introduced in line with the directives of Custodian of the Two Holy Mosques King Salman and Crown Prince Muhammad Bin Salman to offer the best possible services and facilities for the Hajj and Umrah pilgrims.

The self-registration of biometrics service will be implemented through the Saudi Company for Visa and Travel Solutions.

The new service will enable the applicants for Hajj and Umrah visas to register their biometrics from their countries after installing the designated application on their smartphones and hence they need not go to visa issuance centers.