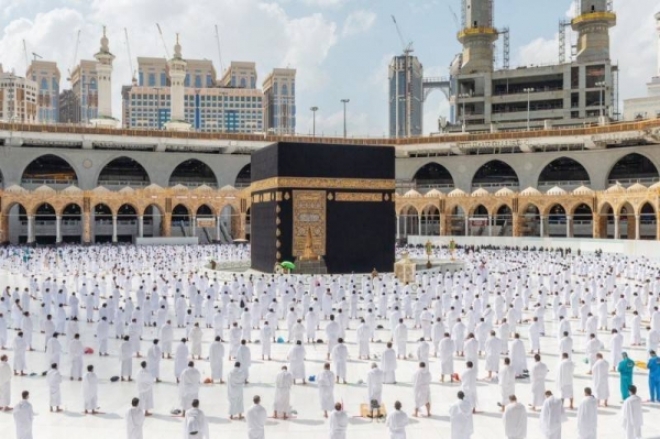 The Ministry of Hajj and Umrah has canceled its earlier directive to impose a gap of 15 days between the performance of two Umrah pilgrimages, Okaz/Saudi Gazette has learnt. The ministry stated that any pilgrim can now book an appointment to perform Umrah immediately after the expiry of an active Umrah permit through Eatmarna or Tawakkalna applications.

Recently, the ministry had set an interval of 15 days between the issuance of two Umrah permits for pilgrims of all age groups. A pilgrim, who obtained a permit to perform Umrah, can book an appointment for a second Umrah at the end of the specified 15-day period after the performance of the first Umrah.

The ministry earlier clarified that it was not possible to obtain a permit for prayers at the Grand Mosque for more than 24 hours. However, worshippers could apply for a second permit immediately after the expiry of the validity of the first permit.

The new directive related to performance of Umrah came in the wake of the government decision to ease coronavirus-related precautionary measures and preventive protocols and allowing performance of Umrah and prayers at the Two Holy Mosques and visit to Al-Rawda Sharif at the Prophet’s Mosque to their full capacity effective from Oct. 17.

Only pilgrims and worshipers who are aged 12 or above and have an immune health status on their Tawakkalna application after completing vaccines against coronavirus will be allowed to perform Umrah and prayers at the Two Holy Mosques.

According to the new update of Tawakkalna application that came into effect after Oct. 10, the health status will be shown immune on the app only for those who received two doses of any of the approved vaccines — Pfizer-BionTech, Oxford-AstraZeneca, and Moderna, or one dose of Johnson & Johnson vaccine.