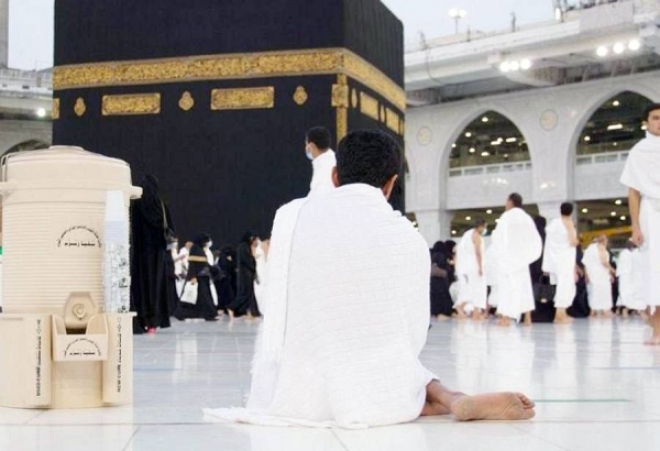 MAKKAH — The General Presidency for the Affairs of the Two Holy Mosques has distributed more than 1,205,600 liters of Zamzam water at the Grand Mosque during the first quarter of the year 1443 A. H.

The Director of the General Administration of Service Affairs, Ahmad Bin Shanbar Al-Nadawi, indicated that the total number of Zamzam water bottles distributed during the first quarter of this year was six million bottles.

He stated that more than 50 mobile carts to distribute Zamzam water were deployed throughout the ground floor and first floor of Tawaf (circumambulation) area with a total capacity of 80 liters of cold and normal water per cart.

The number of back bags reached more than 190 bags and more than 370 cylinder bags, with a capacity of 10 liters for each bag.