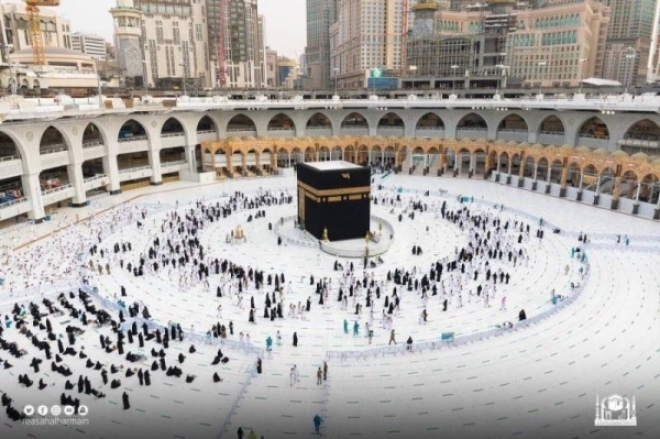 JEDDAH — The Ministry of Hajj and Umrah has announced that institutional quarantine is no more required for foreign Umrah pilgrims who took two doses of Covid-19 vaccines approved in Saudi Arabia.

Fully vaccinated pilgrims can now travel directly to the holy city of Makkah and start performing Umrah rites without the need for institutional quarantine, the ministry explained.

The ministry has also said that the period of stay in the Kingdom for pilgrims coming from abroad has been increased to 30 days.

The Ministry of Hajj and Umrah clarified that the requirement for Umrah pilgrims from countries that are not included in the travel ban is only inoculation with two doses of coronavirus vaccines approved by the Kingdom. They are no longer required to comply with the condition of institutional quarantine.

Custodian of the Two Holy Mosques King Salman recently issued an order allowing the utilization of the full capacity of the Grand Mosque and the Prophet’s Mosque for receiving pilgrims and worshipers. Subsequently, the Ministry of Hajj and Umrah and the Presidency for the Affairs of the Two Holy Mosques have geared up to accommodate maximum number of domestic and foreign pilgrims and worshippers at the two holy mosques.

The ministry has revoked the maximum age limit of 50 years for pilgrims coming to perform Umrah from outside Saudi Arabia. Earlier, the ministry had set a minimum age of 18 years and maximum 50 years to book an appointment and issue permit to perform Umrah, as well as the permit for prayer at the Grand Mosque and Al-Rawdah Sharif at the Prophet’s Mosque and visit the Prophet’s grave following the easing of restrictions that were imposed following the coronavirus outbreak.

The ministry recently launched the service of issuing permits for Umrah as well as for access to the Grand Mosque in Makkah and the Prophet’s Mosque in Madinah for those coming from outside the Kingdom through the Eatmarna and Tawakkalna applications. While social distancing measures were lifted, pilgrims were still required to wear face masks and make reservations to perform Umrah and prayers in order to verify their immunity status at the entrances of the holy mosques.