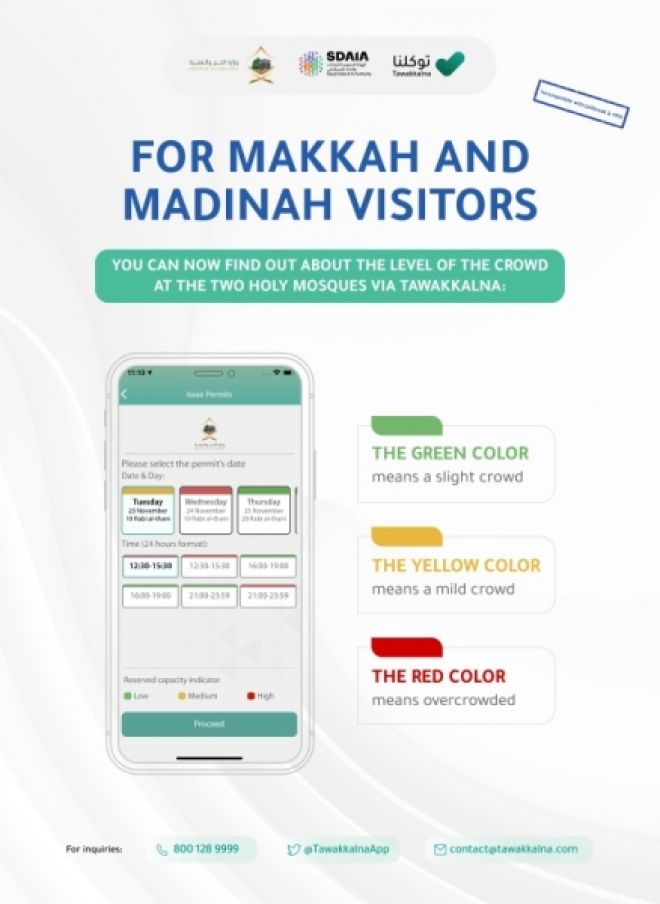 MAKKAH – The Ministry of Hajj and Umrah has updated the Eatmarna and Tawakkalna applications with adding colored indicators showing the status of congestion during peak time at the Two Holy Mosques.

This will be helpful for Umrah pilgrims and worshipers to avoid booking appointment for Umrah as well as for prayer at Grand Mosque and the Rawdah Sharif at the Prophet’s Mosque and visit the Prophet’s grave during the time of congestion and to choose instead the appropriate time when there is no crowd of performers.

According to the latest update of the Eatmarna and Tawakkalna applications, a congestion indicator was added to these apps so as to facilitate pilgrims and worshipers to book appointments during timings with less crowded time. On the app, the grey color denotes no availability of booking while green shows slightly crowded, orange moderately crowded and red heavily crowded.