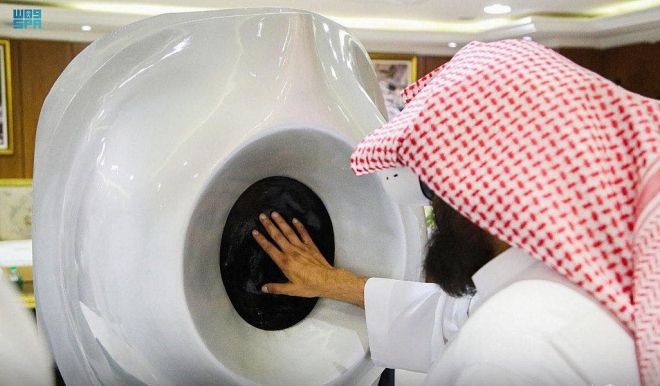 When it comes to performing Hajj and Umrah, one of the most important rituals is to touch and kiss the black stone, which is the start and endpoint of the Tawaf. Yet, due to the huge numbers and all-year-round congestion at the Kaaba, many of the pilgrims find it hard to reach the black stone, let alone kiss it. With the advent of VR, however, this will no longer be an issue.

The authorities of the Department of Islamic Sanctuaries in Saudi Arabia, announced the launch of the “Virtual Black Stone” initiative, whereby the stone can be touched virtually via VR technology.

The Virtual Black Stone initiative was launched by Sheikh Abdul Rahman Al Sudais, Head of the Presidency for the Affairs of Two Holy Mosque. The initiative consists of a simulation of the main Muslim pilgrimage sites in Mecca that can now be visited from any place. You can now see and touch the stone virtually prior to the pilgrimage to Makkah.

Al Sudais stated that the initiative aims to “use virtual reality (VR) and digital experiences that simulate real reality.” He emphasized the importance of creating a virtual simulation environment, to simulate not just vision and hearing, but also a sense of touch, and even smell, to be granted a full experience at best.

“We have great religious and historical sites that we must digitize and communicate to everyone through the means of the latest technology.” Al Sudais affirmed.

For those yearning for a touch, for those wishing to closely lay their eyes on the Black stone, this seemingly far-fetched dream is no longer that farfetched.. thanks to Virtual Reality technology!