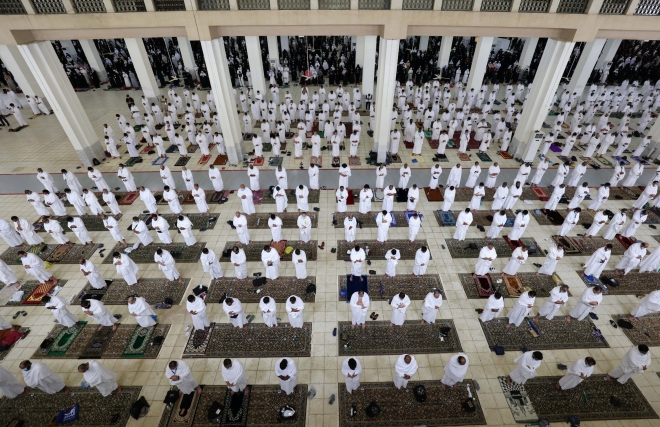 BANDAR SERI BEGAWAN – Bruneians will be allowed to perform the Haj and Umrah pilgrimage in Saudi Arabia next year, the minister of religious affairs announced at the COVID-19 press briefing on Monday.

He said the annual Haj pilgrimage — which falls next July — will only proceed once the Saudi government has given the green light.

The decision to restart Haj and Umrah comes after the Saudi government announced that fully vaccinated foreign pilgrims aged 12 and over can now perform the year-round Umrah.

Brunei had cancelled the Umrah and Haj pilgrimage for two straight years due to safety concerns amid the COVID-19 pandemic since 2020.

Earlier in July this year, the Haj pilgrimage —  a requirement for all able-bodied Muslims — was limited to 60,000 vaccinated people from Saudi.

Before the pandemic struck, more than 2 million Muslims gathered at Saudi’s two holy cities to perform Haj rituals and usher in Aidil Adha.

Saudi Arabia is currently not one of the four countries included in the Brunei government’s green travel list. This means that travellers to Saudi will not be eligible for quarantine exemptions during their return to the sultanate.

“The number of pilgrims will be determined at a later date, subject to specific considerations, especially our readiness and ability in handling pilgrims’ health while they are in the holy land,” he added.

The government has appointed six travel agencies to operate Haj and Umrah package services for three years from 2021.