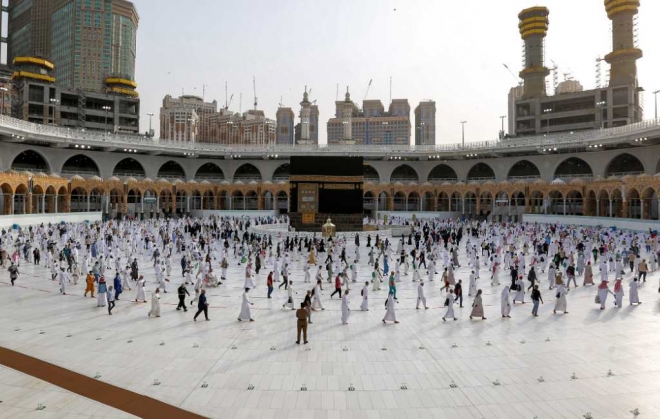 Srinagar- The final quota of Hajj 2022 for Jammu and Kashmir and Ladakh is expected by March 1 and that it depends on the quota whether all pilgrims registered till February 15 would perform Haj or the Haj committee would go for draws.

“The last date of submitting the forms for Hajj 2022 was February and there was no further extension. So far, 11500 applications from Jammu, Kashmir and Leh. A few hundred applications are in the pipeline that include those who have incomplete forms and invalid passports etc,” he said. Mir said that at all India level, 90,000 applications have been received so far.

Asked whether all 11500 registered Hajj pilgrims would perform Haj this year, he said it was up to the quota to be allotted to J&K and Leh. “This all depends on how much quota Saudi government would allot to India. If given quota is good, then I believe all the registered Hajj pilgrims will be allowed to proceed for the pilgrimage. But if it is less, then we will have to go for draws,” Mir said.

He said that the final announcement by the Saudi government about Hajj 2022 quota is expected by March 1. “Things will be clear by March 1,” he said.

He, however, said that it would be after two years that Haj will be allowed by the Saudi government this year. “We lost two years to pandemic—2020 and 2021. Now that Umrah is going on and pilgrims are allowed to perform Umrah and visit both holy cities of Mecca and Madina, we expect good quota,” Mir said.

The Hajj officer said that this time around, every pilgrim has to have Covid vaccination certificate. “This is mandatory as per the fresh guidelines,” he said. Pertinently, Saudi government has announced that this year annual pilgrimage of Hajj will be allowed amid strict adherence to Covid Appropriate Behaviour (CAB). (KNO)


⇐ Previous:
Haj operators hit by new virus protocols
Next: ⇒
All remaining slums in Makkah to be developed soon