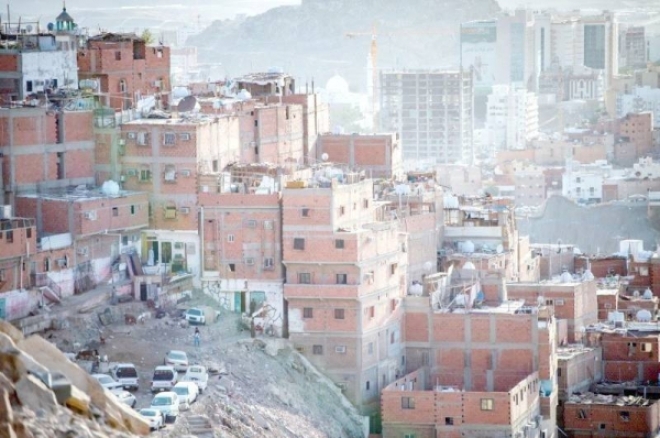 MAKKAH — A massive plan to develop the remaining slum areas in Makkah will be implemented in the near future, according to the Makkah development authorities.

The undeveloped neighborhoods in Makkah fall within a development plan upon which the Holy Capital Mayoralty has been working on since long time ago and many phases of them have already been completed, Okaz/Saudi Gazette has learnt from sources.

Most important among the slums that will soon going to be dismantled prior to their development is the Nakasa neighborhood featuring dense population and overcrowding with foreigners of different nationalities.

Large number of residency law violators too are living in slums built mainly on mountain slopes in Nakasa and other undeveloped neighborhoods.

The sources said that the Royal Commission for the Makkah City and the Holy Sites has a distinctive plan to develop the slums.

The authorities have concluded agreements with developers to start developing some parts of these neighborhoods.

The sources refused to reveal the names and actual start of work of the remaining neighborhoods that will be subject to removal and development.