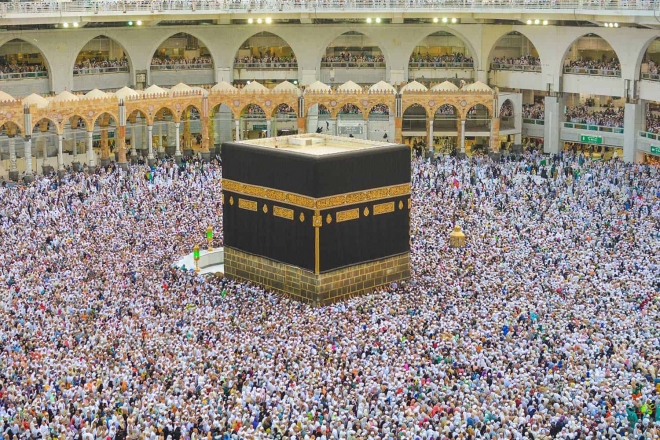 After two years of restrictions, South African Muslims are expected to be part of foreign pilgrims that will be allowed to perform hajj or pilgrimage to the holy lands of Makkah and Medina in Saudi Arabia.

In a welcomed move on Saturday, Saudi Arabia’s Interior Ministry scrapped most of the Covid-19 restrictions in the kingdom including social distancing and the wearing of masks outdoors.

The interior ministry said while it would also end social distancing in the Haram in Makkah and the Prophet Muhammad’s (PBUH) mosque in Medina, worshipers would still be required to wear masks.

The new decisions came into effect on Saturday.

Saudi Arabia also said it would no longer require travellers to the kingdom to undergo mandatory Covid-19 quarantine and passengers will also no longer need to provide a PCR test upon their arrival.

The scrapping of the Covid-19 restrictions was followed by an announcement by the Saudi Arabian Hajj and Umrah Ministry on Sunday that a revised quota of pilgrims for hajj 2022 will soon be released to each participating country.

Saudi Arabia in 2020 restricted the annual pilgrimage which draws millions of worshippers from across the globe including South Africa to citizens and residents within the kingdom as part of stringent measures to prevent the spread of Covid-19.

President of the South African Hajj and Umrah Council (SAHUC) Shaheen Essop told The Citizen they were very thankful that the restrictions have been lifted by the kingdom.

“South Africa, together with other countries, was part of a quarantine or red list as it’s known and that has now come off. The only requirement for people entering the Kingdom of Saudi Arabia at the moment prior to getting a visa would be a double vaccination plus the booster in order for them to get a visa.”

Essop said while the announcement by the kingdom to allow foreign pilgrims to perform hajj is good and positive news, the quota is going to be of paramount importance.

“Two years we’ve had without hajj in 2020 and 2021 and a result of which, it has ballooned or swollen our queue in such a way that the backlog has now actually gone to about sixteen years from a previous amount of between five and eight years that pilgrims would have had to wait at a quota of about two and a half thousand.”

Essop said it is unclear if South Africa will be granted a quota of 2,500 pilgrims and an additional thousand as in previous years, adding that if it is increased, it will greatly assist in reducing the backlog quite substantially.