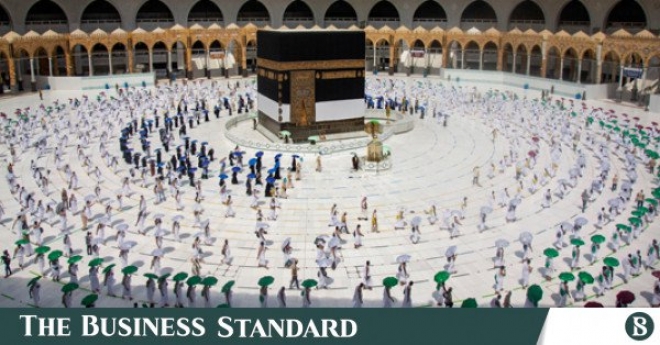 "In terms of Hajj pilgrims, we have discussed the matter so that visa can be issued here to lessen harassment of Hajj pilgrims," he told reporters after holding a bilateral meeting with his Saudi counterpart Faisal bin Farhan al Saud at a city hotel here.

Momen said Dhaka showed keen interest to be part of Saudi Arabia's green initiatives as the desert country is planning to plant 50 billion saplings all over the Middle East.

"We want to provide saplings and as well as we want to take responsibility for maintenance and growth of those plants," he said, adding that, out of the saplings, 10 billion to be planted in Saudi Arabia and 40 billion in other middle east countries.

"We are working on it and hopefully those (Saudi investment) would be materialised soon," he said, adding that Dhaka is ready to provide all facilities to the Saudi companies.

The Bangladeshi foreign minister said they also discussed about food security and agreed to work together in this regard.

Saudi Arabia, he said, is arranging "contract farming" with many countries and Dhaka would like to be its partner in this sector.

"We also discussed our solid cooperation as we work together in both bilateral and multilateral areas," Dr Momen said.

During the meeting, Bangladesh foreign minister thanked Saudi Arabia for providing Covid vaccines free to all expatriate Bangladeshi nationals residing there as well as donating jabs to Bangladesh.

After the bilateral meeting, the two countries held the first ever high-level political consultation.