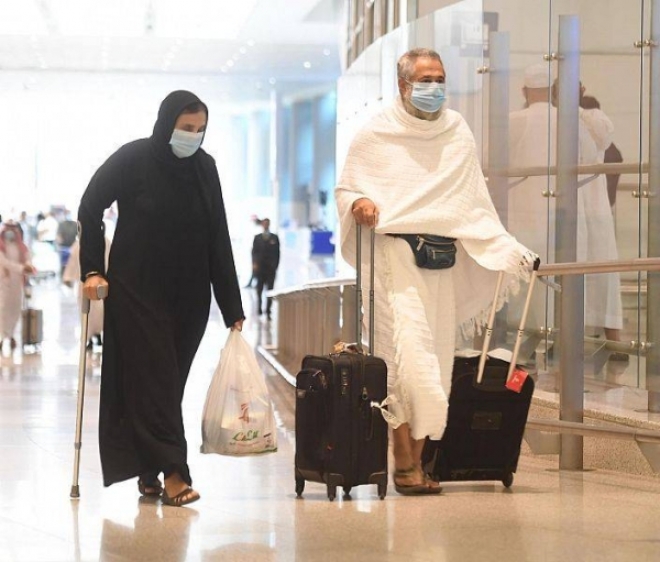 RIYADH — Hajj and Umrah service providers will be slapped with a fine of SR25,000 for every pilgrim overstaying in the Kingdom after the expiry of their visas, according to the spokesman for the directorate of passports (Jawazat) in Makkah.

Capt. Abdul Rahman Al-Qathami said the penalties will be imposed on the Hajj and Umrah companies because they are responsible for sending back the pilgrims before their visas expire.

Attending a program titled the “First Bulletin” on Al-Ekhbariya channel, Al-Qathami said that the Hajj and Umrah service providers have a great responsibility in strictly enforcing the visa regulations in view of the resumption of the arrival of pilgrims in large numbers following the lifting of most of the coronavirus precautionary measures and preventive protocols.

He said representatives of several Hajj and Umrah companies were summoned in the past to investigate charges of violations against them.

As many as 208 companies have been found guilty of committing violations and penalties were imposed on each one of these companies, he said while noting that fines against the violations would start from SR25,000 for each pilgrim.

In a related development, the Doyof Al-Rahman Program revealed that there are some types of electronic visas for the purpose of Umrah, and visitors can take advantage of them. The program also announced the names of countries that can benefit from this service.

The types of visas include the visit visa for the purpose of Umrah, the Umrah visa through foreign agents, and the transit visa.

Doyof Al-Rahman Program is one of the many programs that have been launched under the umbrella of Saudi Vision 2030. The program seeks to enhance the experience and the ability of Hajj and Umrah and the services provided to Doyof Al-Rahman (the guests of God).