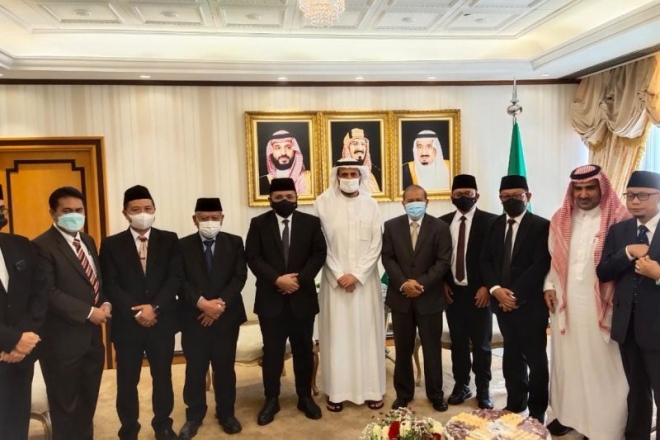 "When I met the Saudi Minister of Hajj and Umrah yesterday, I received information that the authority will readmit overseas Hajj pilgrim arrivals to Saudi Arabia this year," Qoumas noted in his statementhere on Monday.

The minister was informed about the decision during a meeting with Saudi Minister of Hajj and Umrah Tawfiq Al-Rabiah in Jeddah, Saudi Arabia, on Sunday.

During the meeting with Al-Rabiah, Qoumas expressed optimism that the Saudi authority would grant more Hajj quota proportional to the current number of Indonesian Hajj pilgrims that are ready to depart for Saudi Arabia and fulfill their religious obligation.

Indonesia is ready to arrange embarkation for Hajj pilgrims as long as the Saudi authority finalizes the Hajj quota allocation that Indonesia will receive this year, the minister affirmed.

"I said that (we understand that the) Hajj quota this year will not return to normal due to the COVID-19 pandemic, but I hope that Indonesia would be allocated an ideal quota (proportional to the number of our Hajj pilgrims)," Qoumas noted.

Meanwhile, Minister Al-Rabiah confirmed that the Saudi authority is ready to reopen its doors to overseas Hajj pilgrims to perform Hajj this year, given the relatively smooth conduct of Umrah pilgrimages earlier this year for which overseas pilgrims had been admitted.

The final Hajj quota for overseas pilgrims had yet to be finalized, as other institutions must be involved in the decision-making process, the Saudi minister remarked, adding that the quota will be adjusted on account of the current COVID-19 pandemic.

Despite the quota adjustment, Al-Rabiah affirmed that the Saudi authority is ready to readmit overseas Hajj pilgrims this year.