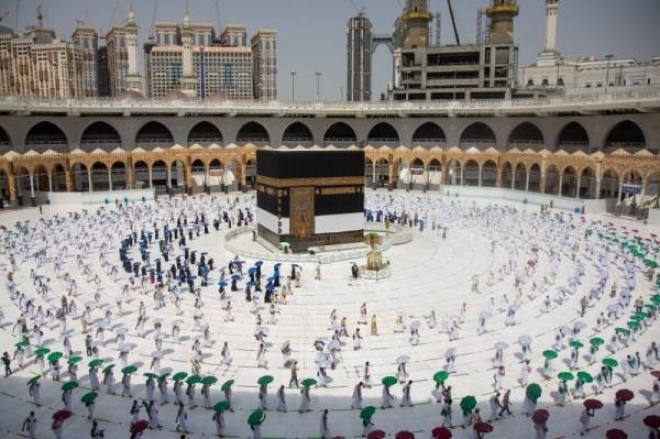 JEDDAH — More than 277,000 Hajj pilgrims from five countries have benefited from the Makkah Route initiative within two years after its implementation, according to Lt. Gen. Suleiman Al-Yahya, director general of Passports (Jawazat).

He said that the initiative has been successful due to the combined efforts of several ministries, led by the Ministry of Interior.

The Jawazat chief said this while addressing the Hajj and Umrah Services Conference and Exhibition, organized by the Ministry of Hajj and Umrah in cooperation with the Doyof Al-Rahman Program, here on Monday.

Lt. Gen. Al-Yahya said that the initiative has been instrumental in extending the best ever services and facilities for the Hajj pilgrims.

Saudi Arabia launched the Makkah Route Initiative, under which the Proof of Concept (POC) pre-clearance of immigration for pilgrims would be done at the embarkation points from their respective countries.

Hajj pilgrims from Indonesia and Malaysia were the beneficiaries in the first phase of the initiative when it started implementation during the year 2018.

Pilgrims from Pakistan, Bangladesh and Tunisia had benefited from this initiative in the second phase during the Hajj of 2019 before the suspension of Hajj for foreign pilgrims during the years of 2020 and 2021 following the outbreak of coronavirus.

The pre-clearance system enables immigration checks in home countries at the time of departure, instead of upon arrival in the Kingdom. It significantly reduces the waiting time for pilgrims at the Saudi airports upon arrival.