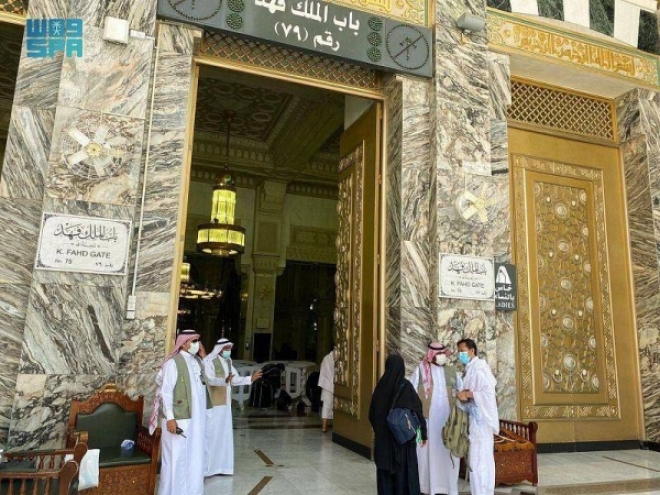 The presidency urged worshippers to wear masks and follow other safety precautions in the holy precincts.

The presidency also resumed iftar banquets inside the Grand Holy Mosque with 2,000 banquets that will be held according to certain constraints and conditions. Applicants for holding banquets and those responsible for them can access e-services at the presidency website and obtain a license to offer the service. — SPA