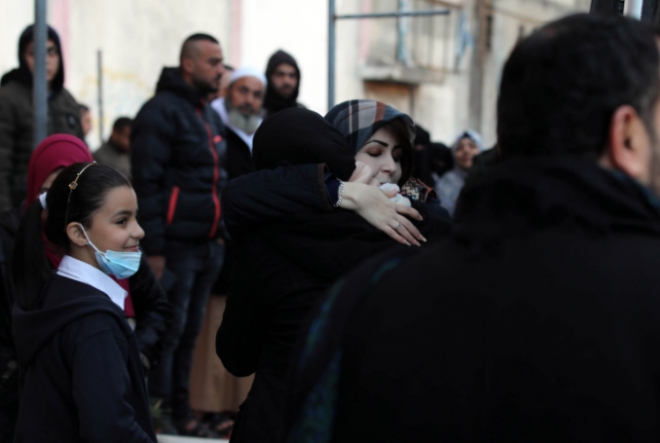 A group of Palestinian pilgrims left the besieged Gaza Strip on Tuesday to perform Umrah, the Muslim pilgrimage to Mecca.

Unlike Hajj, which occurs in accordance with the Islamic lunar calendar, Umrah can be undertaken at any time of the year.

In a press statement, Gaza’s Interior Ministry announced that 350 pilgrims traveled from Gaza to the Rafah border, the only crossing to the outside world for Gaza residents that is not controlled by the Israeli military.

“The pilgrims will be transferred by Egyptian buses from the Rafah crossing to Cairo Airport, and then by air to Al-Madinah Airport in Saudi Arabia, according to an agreed-upon mechanism with Egyptian and Saudi officials,” the statement said.

This is the first time in two years Palestinian pilgrims from Gaza are allowed to travel to Saudi Arabia, since the outbreak of the deadly coronavirus pandemic.

Gaza, with a population of 2 million, has been under a hermetic Israeli siege since 2006, when the Palestinian group Hamas won the democratic legislative elections in occupied Palestine.

According to Arab News, in 2019, around 800 pilgrims have been authorized to cross into Egypt to perform Umrah. It was the first such permission for the Umrah pilgrimage since the start of Egyptian military operations in Sinai in 2014.


⇐ Previous:
‘Tawakkalna’ status changes when visitors do not have active health insurance
Next: ⇒
Itikaf to resume at Holy Mosques after a two-year hiatus