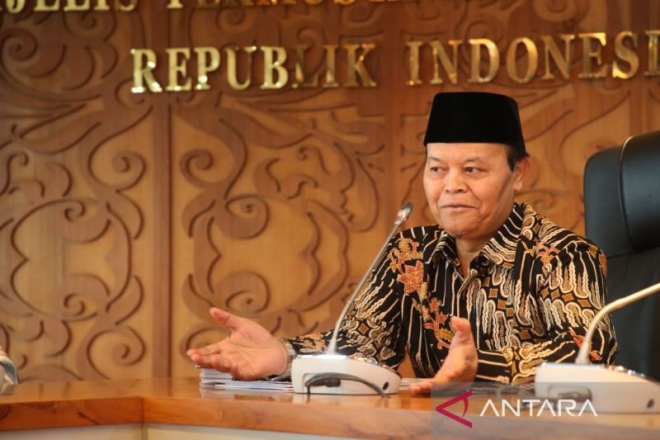 Jakarta (ANTARA) - People's Consultative Assembly (MPR) deputy speaker Hidayat Nur Wahid has asked the government, through the Ministry of Religious Affairs, to strive for expanding the quota for Hajj pilgrims.

"Alhamdulillah (thank God), we are grateful to hear the news of the opening of this year's Hajj, including for pilgrims from Indonesia. It is important for the Ministry of Religious Affairs to strive for Indonesia to get the best (Hajj) quota so that more prospective Hajj pilgrims can depart this year," he said in a statement received here on Wednesday.

Wahid asked the Ministry of Religious Affairs to prepare the Hajj departure for Indonesian pilgrims fairly, both in terms of manasik (pilgrimage rehearsals) amid the COVID-19 pandemic and the health of prospective pilgrims.

The government also needs to ensure that the cost of the pilgrimage is more efficient and does not burden prospective pilgrims, he said.

The proposal made by the Religious Affairs Minister Yaqut Cholil Qoumas during a Working Meeting (Raker) with the House of Representatives (DPR) in February 2022 for increasing the cost of regular Hajj to Rp45 million was rejected by Commission VIII of the DPR, the MPR deputy speaker noted.

In fact, during the latest discussion between Commission VIII and the Hajj Fund Management Agency (BPKH) on Monday (March 21, 2022), BPKH said that it has not yet received details of the Hajj cost proposed by the Minister of Religious Affairs, he added.

"Therefore, it has not been determined how much the 2022 Hajj (pilgrimage) will cost," he said.

According to Wahid, the Prosperous Justice Party (PKS) parliamentary faction had, from the start, criticized and rejected the Minister of Religious Affairs' proposal for increasing the Hajj cost from Rp35 million to Rp45 million.

The increase was deemed burdensome for the pilgrims and not considered to be in accordance with the Annual Work Plan and Budget (RKAT) for the Hajj fund, which was mutually agreed upon by Commission VIII, he added.

Based on the RKAT, the Hajj pilgrimage cost in 2022 is projected to increase to a maximum of Rp38.745 million, he informed.

Therefore, he urged the Ministry of Religious Affairs to refer to the RKAT compiled jointly at the end of 2021.